Hundreds of people arrived at Cross’s Funeral Home, Ballyneety, near the star’s Ballybricken home, to pay their respects to the Cranberries lead singer.

The three remaining members of The Cranberries – Mike and Noel Hogan, and Fergal Lawlor – joined O’Riordan’s mother, Eileen, and her five brothers and sister at the funeral home.

The singer’s partner, Ole Koretsky, who also played with O’Riordan in the alt-rock band D.A.R.K., was present.

The singer was laid out in an open coffin with rosary beads around her hands, next to photographs of her meeting the late Pope John Paul II and of her performing with her bandmates.

Family and close friends of Cranberries frontwoman Dolores O’Riordan accompanied her to her home town church in Co Limerick on Monday night ahead of her funeral.

Candles lit the streets as her coffin was brought to the Church of Saint Ailbe in Ballybricken.

Two hearses, one carrying her coffin and another carrying floral tributes, arrived at the church shortly before 9.30pm.

Among the many wreaths was one from Irish pop group The Corrs.

Earlier, hundreds of people had gathered outside Cross’s Funeral Home in Ballyneety where her remains were in repose.

Irish President Michael D Higgins paid his sympathies to the singer’s family and signed a book of condolence. 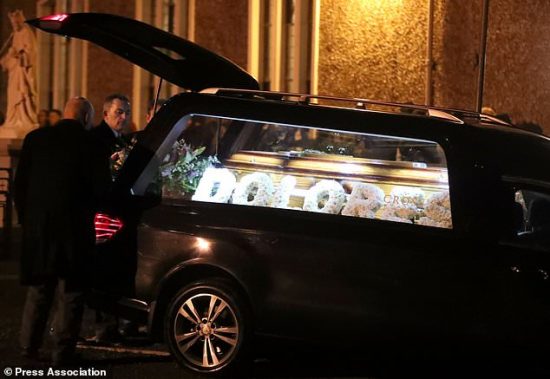 The coffin of The Cranberries singer Dolores O’Riordan is taken into Saint Ailbe’s Church, Ballybricken, ahead of her funeral on Tuesday. 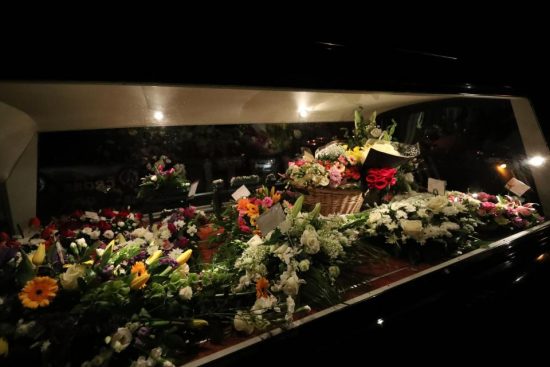 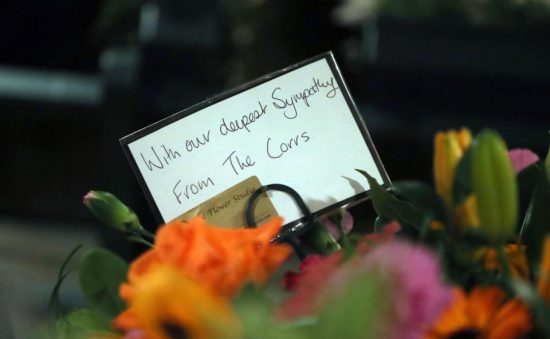 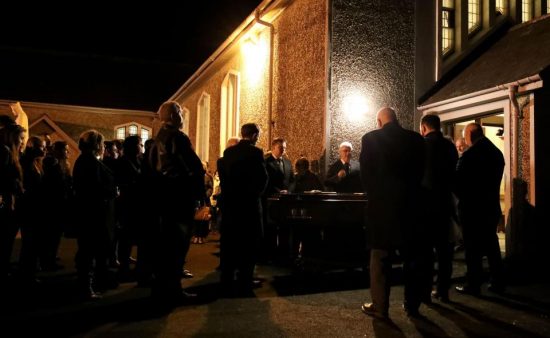 After signing one of four books of condolences outside the village funeral home, President Higgins spent fifteen minutes inside privately talking to O’Riordan’s loved ones.

“It’s so profoundly sad that someone so young is taken from us, but it’s equally important also to pay tribute to (her) work and music. It is also to the incredible credit of all those who have appreciated the music and the songs and the performances and the band, that they have come out in such numbers to make their tribute. It’s so appropriate and it is generous, and I hope that her family will get all the support hey need.”

“Limerick is very very proud of (her). As her teachers have been saying, she was a star that shun bright from the very beginning, and I wish her peace. Our sympathies go out to her mother Eileen and her family.”