You are here: Cran World » The Cranberries » RARE AUDIO: The Parkway, Limerick, October 3, 1991

As you know, we recently had the opportunity to digitalize recordings from Limerick fan Alan Martin’s early years collection. As he says, “I collected everything I could get my hands on over the 1st couple of years”. We can fairly say that Alan must be the first Cranberries fan, thus owning a unique collection.

The first time he saw the “The Cranberry Saw Us” live was on 25 October 1990 at Cruises in Limerick. A shy singer, who he could barely hear, yet, from this, “average performance”, “Dreams” caught his attention!
Alan then got to witness the band getting more confidence on stage as he saw them twice later that year, going from support act to headline. As the band grew better and better, he kept on following them in 1991 from “The Cranberrys”, to “The Cranberries” and it became obvious to him the band would get big, especially on that night of October 3rd 1991, at Limerick’s Parkway, where they gave, he believes, a perfect performance in front of a 400 people crowd. Incredibly enough, and for our greatest pleasure, Alan decided to record this performance on his walkman, and is sharing it with the fan community today.

Here’s the YouTube link to discover this absolute gem:

The recording is approximately 57 min long. The bootleg appears to be a complete recording (including the encore and the outro!) as Alan used an extended 120 min tape, with 60 minutes per side, which did not require him to cut the record at any time. It is, of course, an audience recording, which means that those who are not too familiar with this kind of recordings may find that it leaves something to be desired, yet the voice is very clear and the rarities this recording features make it exceptional.
Let’s note Alan was standing front row, in front of Mike, so the sound he recorded was probably more like that of the feedbacks from the band’s amp than that of the venue’s PA system. This won’t prevent you from enjoying the show and appreciate the unusual versions of the songs we all love so much. 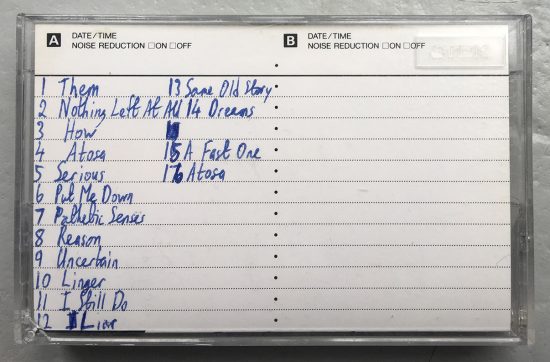 Interestingly, Alan’s treasure is the second earliest audience recording of a Cranberries performance known to this day; the very first one being the “The Town And Country Club” bootleg recorded in London on 31 August 1991.

The recording is shared as “raw files” and was not edited to improve sound at any time.
Here’s the recording process: Mastertape => JVC CA-E33L equalizer at zero => Sony PCM-D50 => WAV file 48kHz 16bit => Youtube 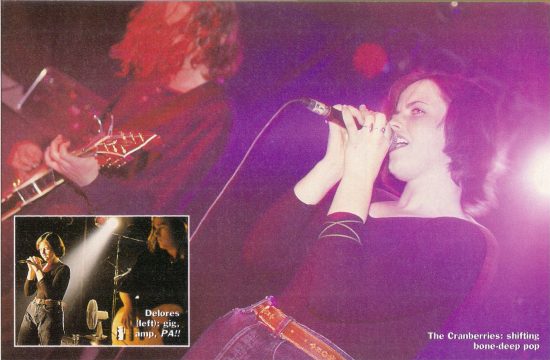 The Cranberries at The Parkway

One may note that the band played “A Íosa” (their one and only track written in Irish) twice on this show as, during the encore, crowd asked for more shouting “arís, arís, arís” (again in Irish), Dolores thus re-entered stage saying, “Since ye said Aris we are going to play the Irish one again”.

A damn lucky crowd for sure, but thanks to Alan, today, we too can feel like we were part of the audience 🙂