The Limerick Leader reports this morning that official book of condolence signed by 16,000 persons was presented to the Dolores family yesterday in Limerick. 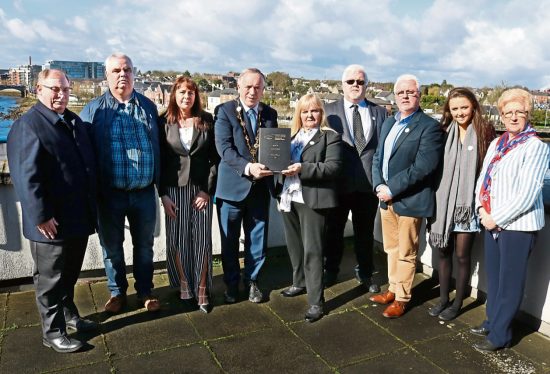 “I feel so happy that the people of Limerick were so good, and from all over Ireland and the world. I can’t believe the reaction from everybody, the love that poured out, and the support from everybody”

“Getting this book is another step forward. It’s hard, but it’s another step in moving on. I can’t believe that all those names are there, all those people. It’s at home I’ll be thinking of it. And I will read every one of them in my own time”

“I read some of the letters, and everyone says how she helped them through the dark moments in their lives. I really feel she’s happy now. I go to her grave, but I don’t find anything there. I feel that her spirit is around all the time. She was that type of person anyway, she would come into the room, even as a child, and she would grab the attention.” 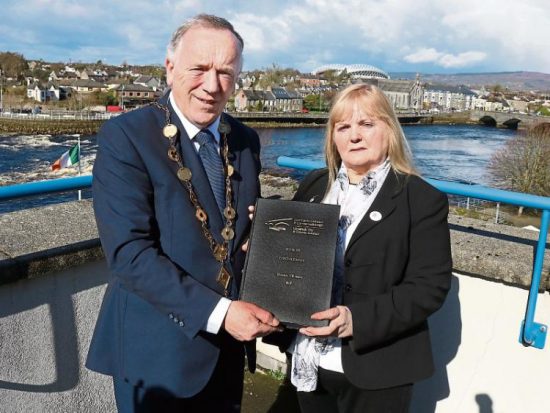 Mayor Stephen Keary explained this was the biggest book of condolence that was ever presented by the authority.