You are here: Cran World » The Cranberries » Everybody Else’s 25th anniversary album likely to be released mid September

As the May Bank Holiday weekend is getting closer, Todayfm published an audio interview of Noel Hogan last Monday, ahead of the talk he his to give with Stephen Street at VINYL festival in Dublin this Saturday.
Quite a moving interview, as this is the first time we hear one of the boys since Dolores’ passing.

Asked about the 25th anniversary edition of “Everybody Else Is Doing It, So Why Can’t We?”, Noel says the album should now be released around mid September!

As for The Cranberries new album due for release in 2019, Noel says there are still 3 weeks of recording coming in London, where the band has been for 2 weeks already.
He explains the album will be a combination of some tracks he had started writing with Dolores last summer, with some others she had already written herself before.
The lads are thus turning these demos on laptop into proper Cranberries song as they feel these tracks can make a “strong enough album” and that this is “what Dolores would have wanted“. 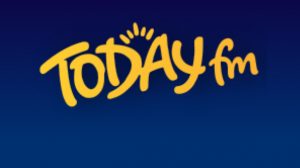 Again, our team is sending them all our support as this must obviously not be easy.

It’s great to know they are surrounded by the “original team” from the early days to do this all together.

We love you guys!