You are here: Cran World » The Cranberries » Our interview with French Director Olivier Dahan

We may know Olivier Dahan as the director of La Vie en Rose, Le Petit Poucet or Grace de Monaco, but to us, he is the iconic director of four music videos for The Cranberries as well as one from Dolores O’Riordan’s first solo album.

A few weeks ago, Olivier Dahan was kind enough to answer our questions and revisit his fruitful collaboration with The Cranberries. 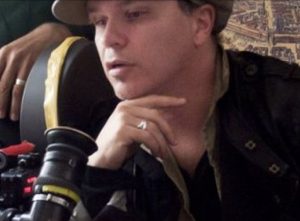 Cranberries World: First, let’s start by talking about your first project with the band, how was your first collaboration in 1996, on Salvation?

Olivier Dahan: I worked at the time at ‘Bandits’, the production company owned by JB Mondino. The band contacted me and left me carte blanche for this clip. Dolores had sent me the lyrics telling me about the main theme: a song against drugs. At the time I would always start working with preparatory drawings: so I began drawing this scary clown, then other characters that I placed in some frames that made sense with the lyrics of the song. 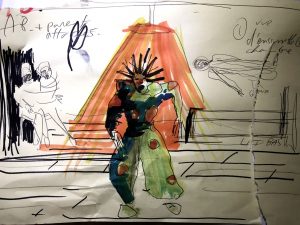 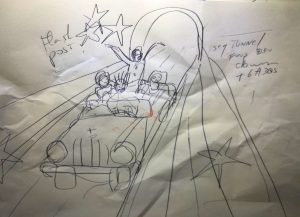 CW: How was your work received by the band, specifically Dolores?

OD: Dolores was more involved than the rest of the band, because she was the one writing the lyrics – but also because of her strong personality. At the end of the day, most of my exchanges at the time of the development of the concept were almost exclusively with her. She would then debrief the rest of the band on the ideas that she and I were contemplating.

CW: What were her expectations for the Salvation video?

OD: Beyond the anti-drug theme, one of the first things that she told me when we talked about the concept of Salvation‘s video was that she wanted her bones to be seen. She liked provocative or disturbing things sometimes. I understood that she was ready to go far and, as a matter of fact, our video was censored in some countries: we thus released a “light” version where scenes of violence, like the scene where the parents are tied on a chair, were blurred.
In general, Dolores was very attentive and wanted her clips not to be formatted. She always tended to want to go beyond mainstream.

CW: Your second collaboration with The Cranberries was in 1999 for the video for their fourth album’s first single, Promises. How was this concept born? Tell us about the idea of having the ‘Robins des Bois’ in the casting.

OD: I wanted a gap between the seriousness of the lyrics and an almost burlesque visual. The Cranberries did not know the ‘Robins des Bois’ and, as far as I’m concerned, I had only seen some of their sketchs. I believe they were only starting out back then, but I thought they could fit what I had in mind. That being said, I have been able to work again with Jean-Paul Rouve or Maurice Barthélémy since, who I both really appreciate. Maïwenn is also featured in this video. She plays the role of the scarecrow.

CW: And what about the atmosphere on the set with the band?

OD: The atmosphere was always very pleasant. I was given lots of freedom for creation; and the band would place their entire confidence in me. Their success, at the time, would allow them to be granted significant budgets for their clips and therefore to have lots of fun. They were always very enthusiastic and excited about our projects. We would get along quite well actually, each of them were very friendly. We spent a fair amount of time together later in Toronto when shooting the video for Animal Instinct. We would go out, attend gigs together, etc.

CW: Animal Instinct is quite different from the two other clips we’ve discussed so far. Where did you get the inspiration for that video?

OD: On this third collaboration with the band, I wanted to do something much more down to earth, with a direct link to the lyrics. This time, the shooting lasted for almost a week, in similar conditions to that of a movie, in Toronto. We worked out an entire story, set up a casting to find the actors… I wanted something that looked realistic. When it was broadcasted, we had to submit an alternative edit of the videoclip, a version that did not feature the intro, for MTV. This story with those kids who are removed from their mother was obviously something somehow too harrowing for them!

CW: At last, the band called on you once again in 2002 to work on the This Is The Day videoclip. What was the idea behind this?

OD: The goal was clearly to make a spectacular video with powerful images. In the end, it was not the link with the lyrics that mattered most here, but the aesthetic side with a rather baroque universe. 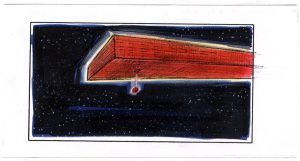 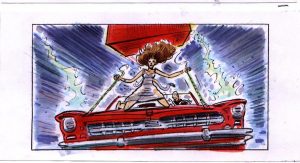 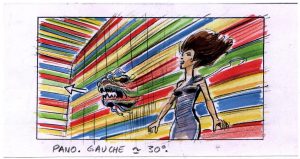 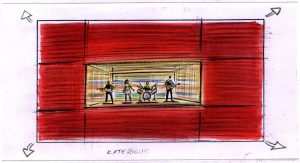 CW: Dolores would always have those looks, and different haircut in your videoclips…

OD: Something was very clear on each of our collaboration: she had to be transformed, change her appearance. These transformations would motivate her a lot. On each of our collaborations, she wanted her look to be completely different from all the previous ones. Actually, among the first questions she would ask whenever we would start working on a new video concept was: “Alright, so what’s my look on this one? Which costume? Which make-up? Which hairstyle?” That would amuse her a lot. Gigi Lepage, the designer I work with, loved working with her.

CW: In 2007, you worked on the videoclip of When We Were Young, from Dolores’ first solo album. How was this collaboration different from those you had experienced with the band?

OD: Actually, it was not any different. The one main difference was the budget! The challenge here was to find some aesthetic ideas that could fit within this limitation. We shot the video in Paris, with sequence-shots, within a day. We made several sequence-shots this way, and chose the right shot together, there was no montage. Shooting started in the morning, and by the end of the day, the clip was done.

CW: Throughout all of these years, did you ever get to see the band play live?

OD: I did, several times! They had even asked me to film one of their concerts back then, though, unfortunately, I was already working on other projects at that time.

CW: Last question, which of these videoclips would you consider your favourite among all of those that we’ve discussed?

OD: The one that marked me most is probably Salvation, because it was our first collaboration and the concept worked very well. This Is The Day was also a beautiful collaboration: I produced this clip with Hervé Humbert, and worked with a graphic designer, Marc Latil, who I appreciate a lot; and I think the result is very powerful, visually speaking. The concept actually evolved throughout the process. During the shooting, we had not yet considered projecting images in space. We only got to improvise this later.

5 Responses to Our interview with French Director Olivier Dahan