History: clashmusic.com just released for the first time ever the studio version of “Íosa” as a teaser of Everybody Else Is Doing It, So Why Can’t We? 25th Anniversary Edition.

Known as the only track written by Dolores O’Riordan in Irish Gaelic, “Íosa” had only been known through 1990s live recordings of Cranberries performances that did not enable lyrics to be deciphered. It was unknown whether the song had ever been recorded in studio or not… Today is thus a day to be remembered!

For those who are ready to get spoiled and be overwhelmed, here is the MASTERPIECE: 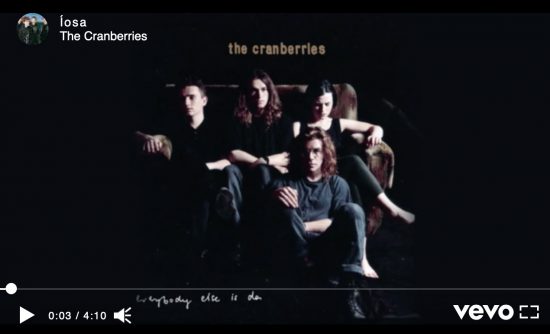 EDIT#1: Available on Spotify and Apple Music from Sept 28th on… meaning if it’s not midnight yet in your country, you’ll have to wait a couple of hours more!