You are here: Cran World » The Cranberries » A new week of promo: Dublin, Paris

The Cranberries are back on their promo tour. It started on Monday 25 in Dublin, on RTÉ Radio 1. No more information has leaked yet.

Today, the band was in Paris and gave interviews to the press, including radio station Europe 1 and TV Channel BFMTV, according to the following pics: 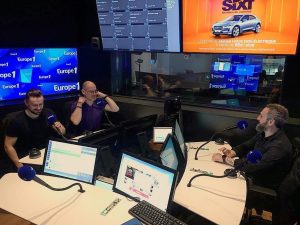 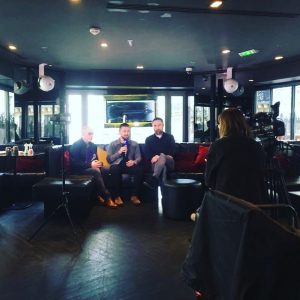 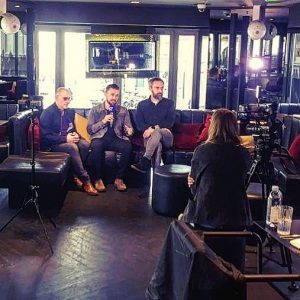 On the evening, they attended a Q&A with lucky winners for YouTubeMusic and Oui FM. 60 or so privileged fans got to listen to 3 new songs (Lost, Illusion, Crazy Heart) in an auditorium located 7 Rue Ballu in Paris. 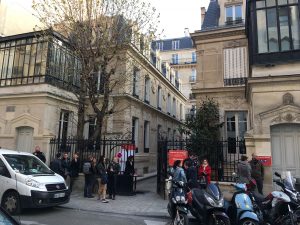 For obvious reasons, mobile phones, cameras and any other kind of recorders were not allowed, and for now the only images of the event that surfaced were posted on the band’s Facebook as well as Noel and Mike’s Instagram accounts. Let’s note the band was not in the room while the audience was listening to the new songs, they only joined the crowd for the Q&A and answered questions for approximately 30 minutes. 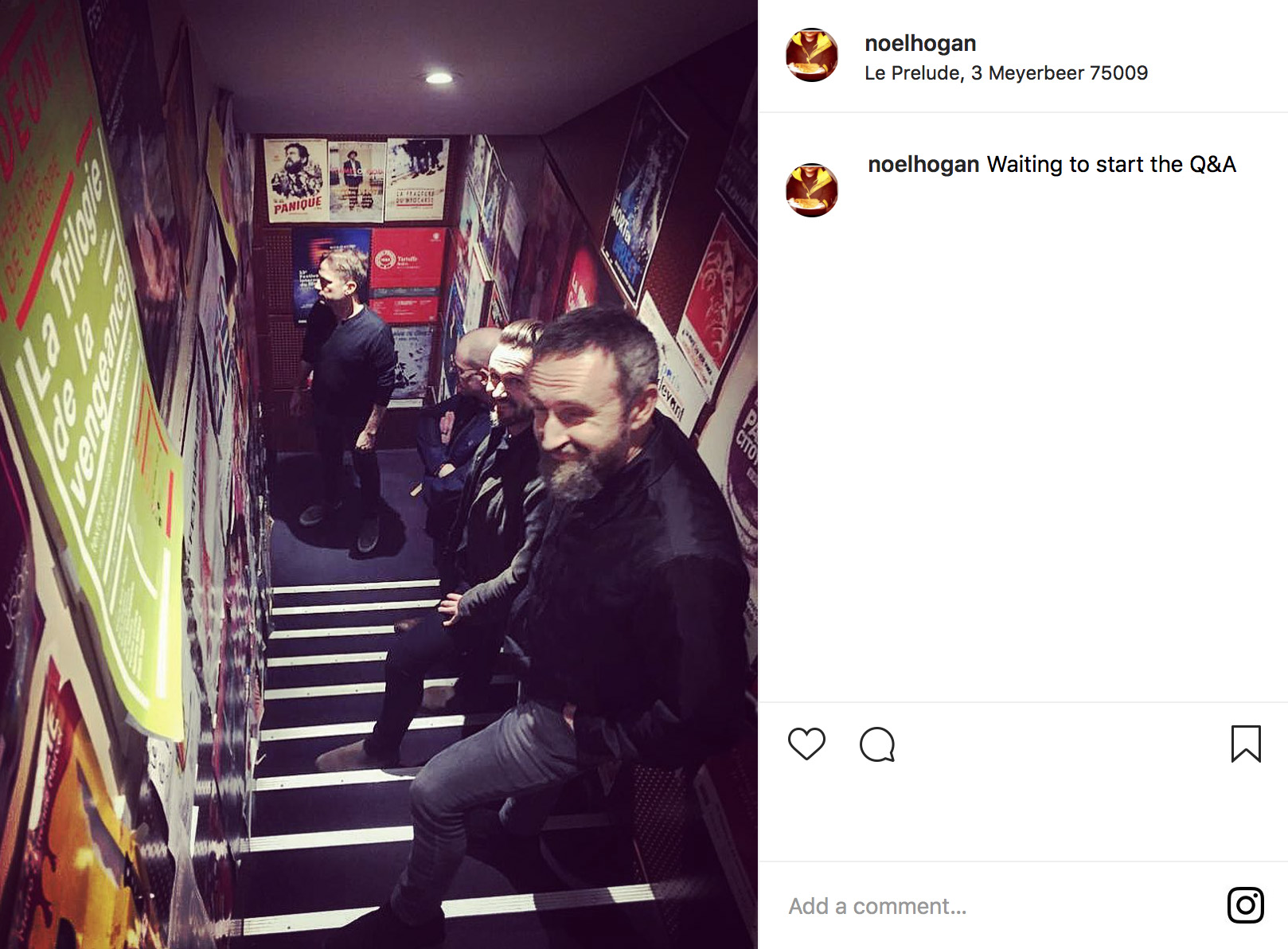 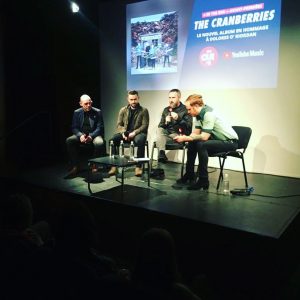 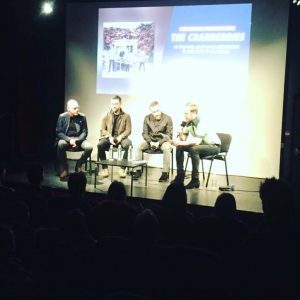 Afterwards, fans were invited to a cold buffet and also had the opportunity to take a picture with the boys in front of a huge “In The End” artwork background. A very nice surprise for sure!

Noel wrote on Instagram, “we will be doing a few more of these in the coming weeks”.
From what we know, London and New York City are on the list. 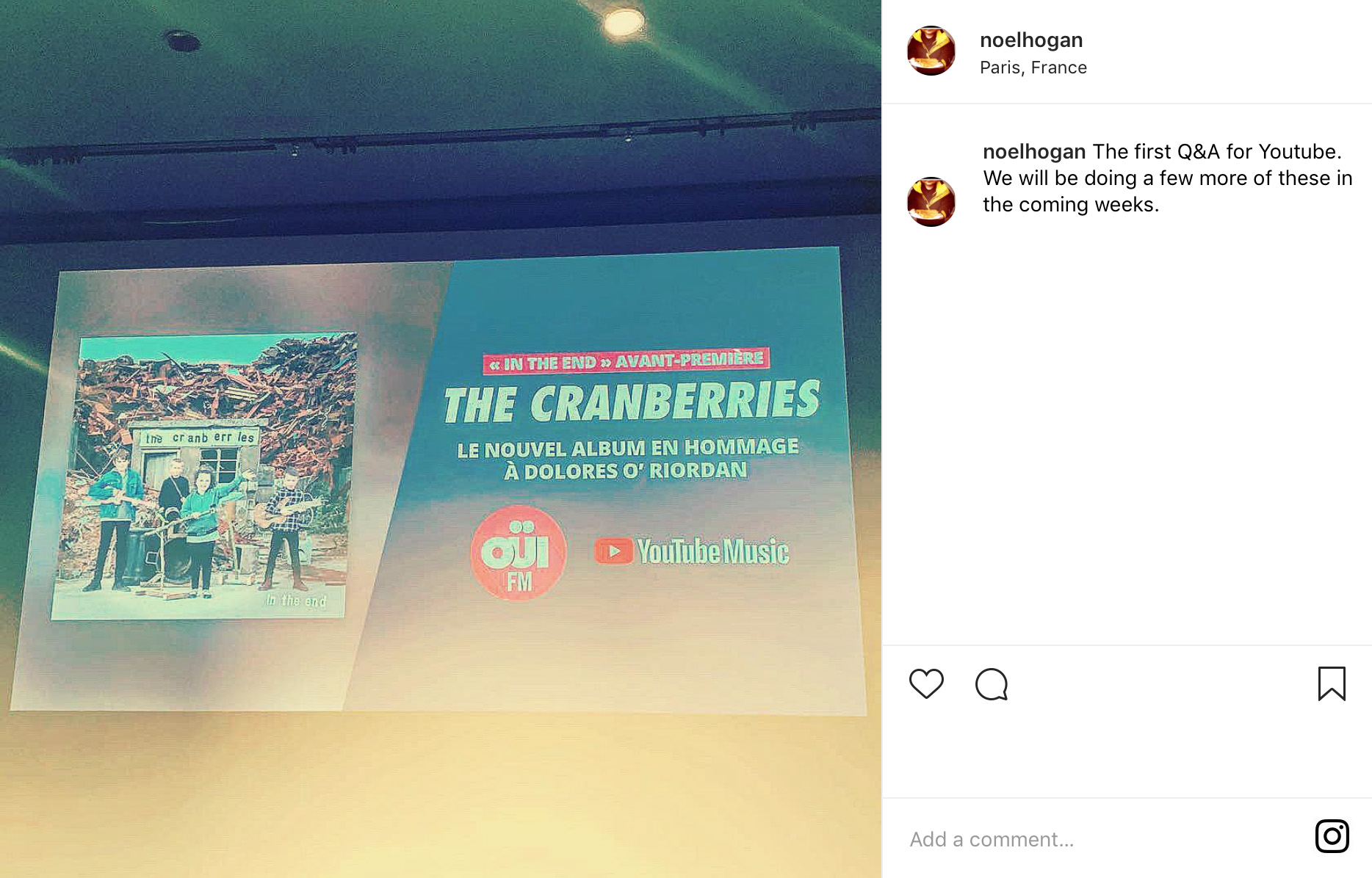 Different promo posters specially made for the event were hanging on the auditorium walls, a few lucky fans got the chance to leave with some of them (thanks to @indo_matt and @misterdine): 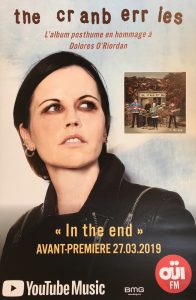 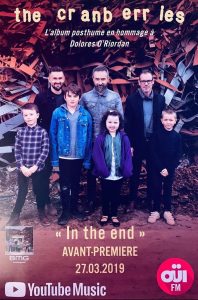 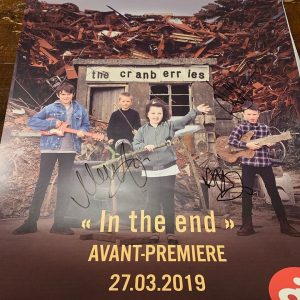 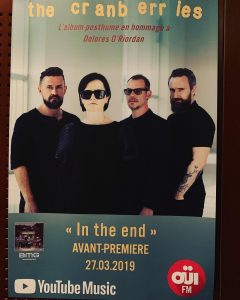 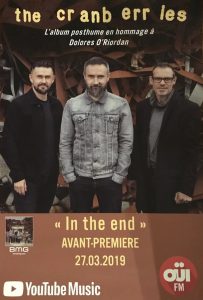 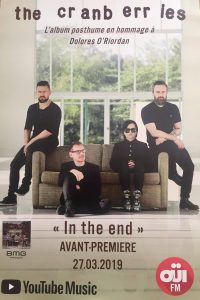 The event was videotaped and should be broadcast in April on YouTube.
Special thanks to Laurent at BMG France.