You are here: Cran World » The Cranberries » “Stars (Best of)” to be released on vinyl for Record Store Day UK

As announced today on the Record Story Day UK website, The Cranberries will be releasing a limited edition vinyl of their best of Stars to raise money for War Child: 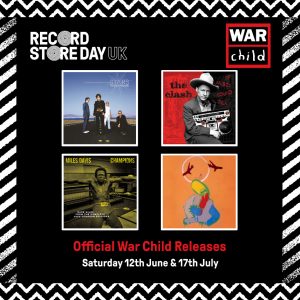 The Cranberries – Stars: the best of 92-02 – UK stores only
Following on from the reissues of ‘Everybody Else is Doing it… ‘ and ‘No Need to Argue’ – and 30 years after their debut release – UMC are proud to issue for the first time on vinyl a special transparent edition of the band’s greatest-hits collection ‘Stars: The Best of 1992–2002’. The Cranberries rose to international fame in the 1990s with global smashes such as ‘Zombie’, ‘Dreams’ and ‘Linger’ – collected here alongside tracks from their five albums for Island – plus two tracks unavailable on other albums ‘New New York’ and ‘Stars’.

This vinyl shall only be available on the shelves of participating independent record shops on 17th July 2021 as part of the second Record Store Day UK Drop event.

Speaking on their involvement in the campaign, Fergal Lawler of The Cranberries said, “We are very honoured that Universal have chosen Stars as a special Vinyl release for Record Store Day.  The proceeds from sales are going to the War Child foundation, a charity that do incredible work to help vulnerable children in war-torn countries.”

Indeed the Record Store Day website recalls that, “War Child UK is the only specialist charity for children affected by conflict. They work to support children through their recovery – keeping them safe, helping them learn and cope with their experiences, as well as equipping them with skills for the future. They also campaign for changes to policies and practices to support children in conflict, working with children and young people themselves to demand their rights.“ 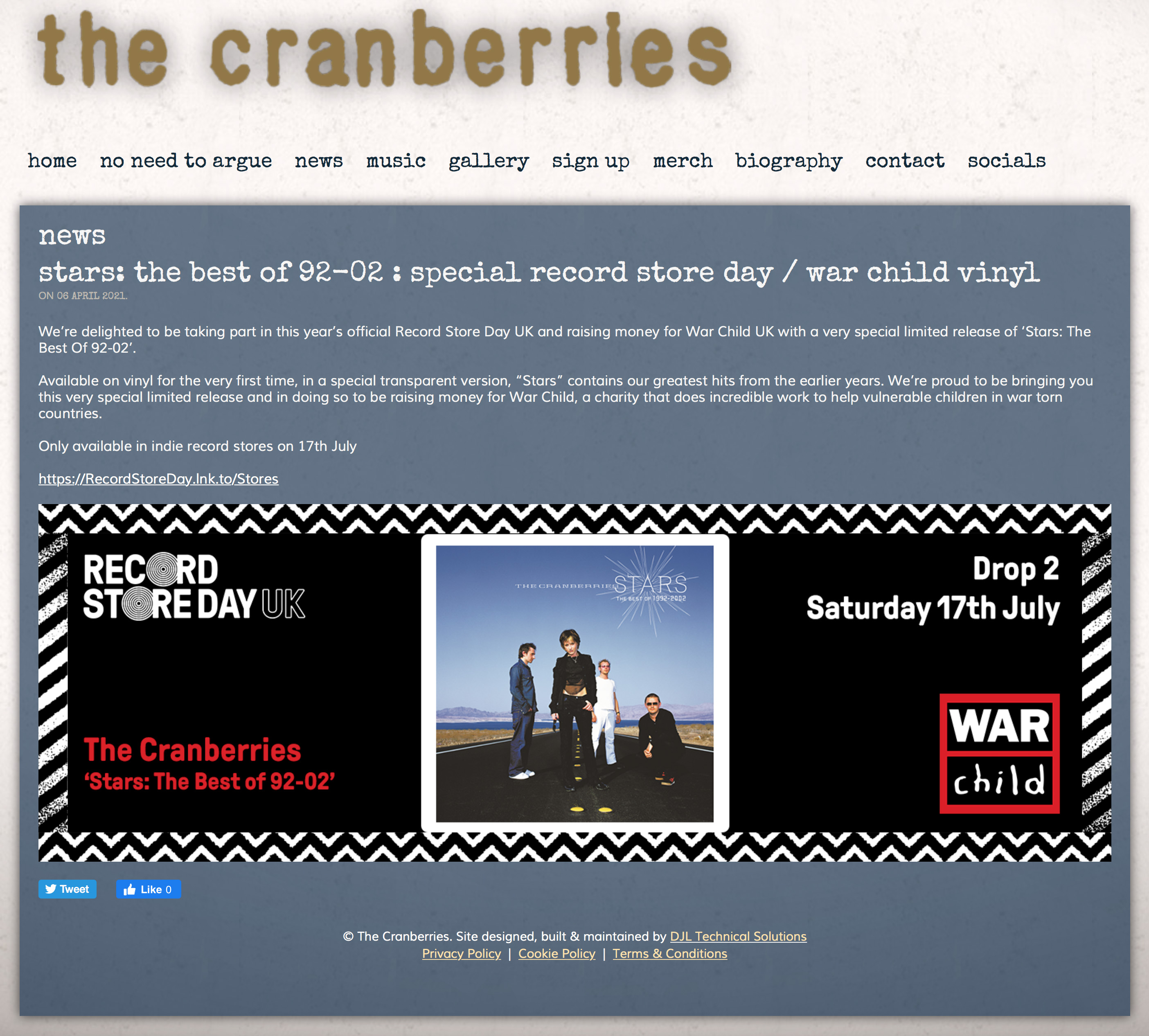