The Cranberries offered their first performance of the promo tour today on OUI FM in Paris. The band performed an acoustic rendition of “Tomorrow” as well as a cover version of “There Is A Light That Never Goes Out” (The Smiths) on “Au Secours, C’est Du Live !”

Dolores and Noel also did an interview with the show hosts, where they talked about their reunion and the bands that inspired them in the late 80s/early 90s, The Smiths, Depeche Mode and The Cure. 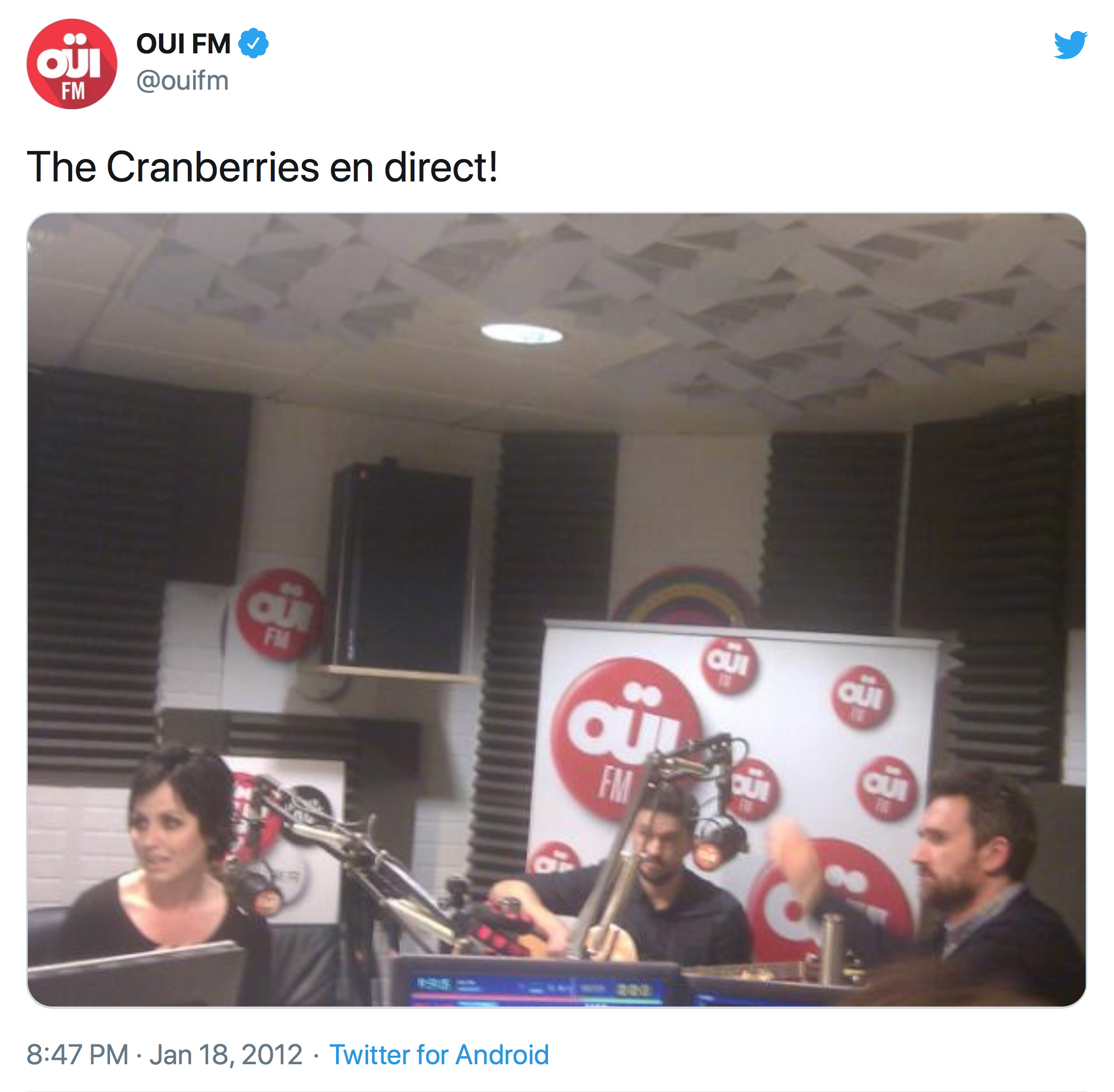 The band is in Paris for the next few days to record interviews and live performances. Dolores and Noel were at France 24 for an interview today, which will be broadcast over the next weeks. They also recorded three live tracks (“Tomorrow”, “Schizophrenic Playboys” and “Zombie”) at Europe 1 to be aired in February. In the upcoming days, the band will also prerecord one of their songs and different cover on Taratata (TV show) as well as another acoustic session at an unknown radio station (probably RTL2, which promotes the upcoming French concerts). 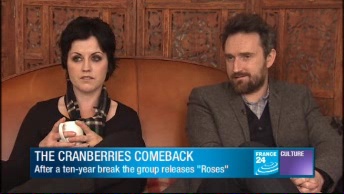 Yesterday, Dolores and Noel were in Amsterdam for a full day of interviews. Be sure to visit the Calendar section frequently for updates on upcoming media appearances, releases and concerts.