You are here: Cran World » The Cranberries » New French interview with Dolores and Noel

Dolores and Noel were interviewed by the RockNLive website during their promo tour in Paris. In this French interview, Dolores revealed that 23 songs were written for Roses, but only 15 tracks will be released on the album and as bonus material. Beside the 11 album tracks, we already know that “Someday” will be released on the Japanese version of Roses, while “Perfect World” and “Always” will be offered as iTunes bonuses. This means that only one other track is to be released out of the seven remaining song. 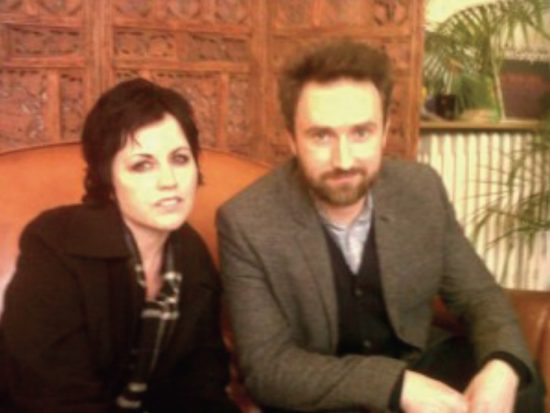 The band intends to promote the new tracks on tour and does not have any plans to record a following album to Roses yet.  They want to focus on the upcoming tour for now.

The two Cranberries members also talked about recording Roses with Stephen Street. As a joke, they said that they chose to work again with him, because he knows how to kick everyone’s butt. As for their favorite tracks of the album, Dolores chose “Roses” while Noel said to prefer “Schizophrenic Playboys”.

Asked about one of her favorite moments in her career, Dolores talked about when she wrote “Paparazzi on Mopeds” (B-side on the “Animal Instinct” CD-single).  Will the band play this song live in the upcoming tour?

Thanks to cran from the cranberries.me community and Sara for the info about this article.