You are here: Cran World » The Cranberries » The ‘berries on Jimmy Fallon + First U.S. tour date

The Cranberries pre-recorded a live performance of “Tomorrow” for Late Night with Jimmy Fallon. The episode will air tonight on NBC at 12:35
A member from  thecranberries.me community, Celtic Yodels, was part of tonight assistance. He told the community that the band played a second song, ‘Dreams’, which is “most likely only be available online and not on the actual airing of the show”.
The first U.S. tour date was also announced on the show. The Cranberries will play Terminal 5 in New York City on May 4. Other North American dates will probably be announced over the next days. 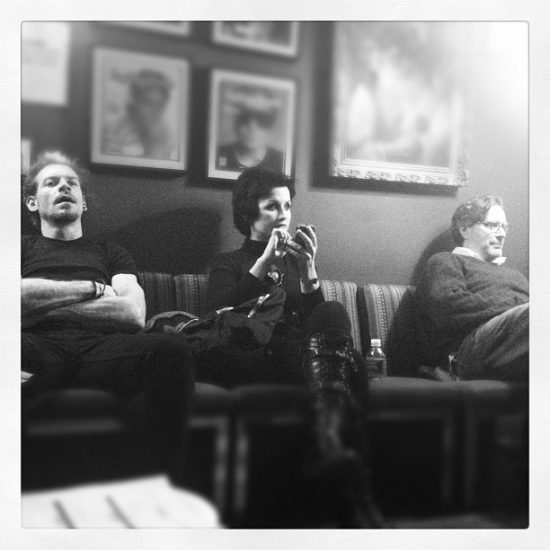 The former Saturday Night Live star made a lot of Cranberries related jokes during tonight’s episode. Jimmy Fallon is known to be a fan of the band.