You are here: Cran World » The Cranberries » Noel and Dolores in snowy Toronto

Noel and Dolores in snowy Toronto

Dolores and Noel were in Toronto, Canada today for the Canadian stop of the Roses promo tour. The 2 ‘Berries started up their day early on Breakfast Television (CityTV) for an acoustic performance of “Tomorrow”. 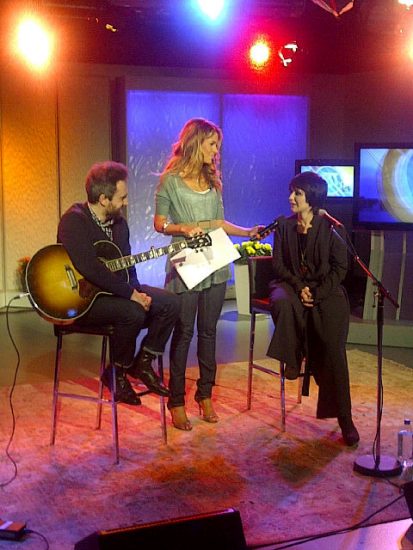 Dolores and Noel on Breakfast Television in Toronto

Then, they performed the song again along with “Linger” on The Edge FM. They were accompanied by a female backup singer on “Linger”. Hats off to this lady whoever she is who knew how to blend her voice perfectly to Dolores’s.

“Linger” – live at The Edge

Also don’t forget that promo performances recorded at London Live 2.0 and On connaît la musique will be broadcast tomorrow. Check out the Calendar for all details.

One Response to Noel and Dolores in snowy Toronto