You are here: Cran World » The Cranberries » More details on the postponed Sydney show

Many Australians websites go back on Thursday’s concert at the Enmore Theatre that was cancelled at the very last minute. It seems that the announcement was made after 9:00 pm causing confusion in the venue as the opening band Bonjah had already played their set and the crowd was waiting for The Cranberries to come on stage. This unusual very late cancellation led people to believe it was a joke at first before everyone eventually left the venue. 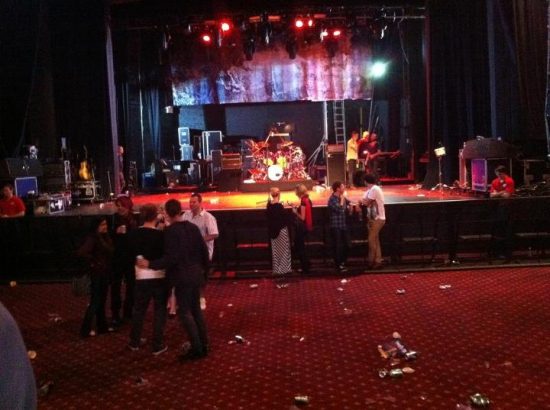 Obviously the numerous comments on social networks such as Twitter or Facebook show that lots of Australian fans are disappointed with the way things went, especially as the band is touring Australia for the first time in 15 years, whereas others wish Dolores a fast recovery. Indeed, some articles report that she was actually taken to the hospital at the very last minute.

Note that those who couldn’t make it on Monday were given a refund at the Box Office of the venue.

One Response to More details on the postponed Sydney show