On their last promo tour in Europe last January, The Cranberries performed on the German/French TV ARTE in Berlin. The TV show was broadcast last night. 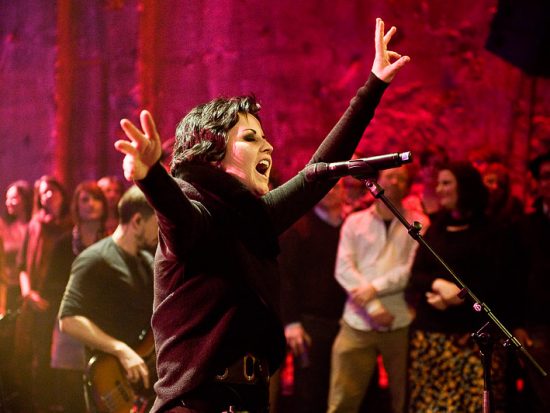 The band opened the evening with “Tomorrow” and closed it with a particularly remarkable performance of “Zombie” and Schizophrenic Playboys, but that’s not all: the show happened to feature priceless moments including Dolores almost falling asleep during Albrecht Mayer’s performance and a pretty funny interview during which she decided to answer a question regarding their comeback with humour.

Indeed, when asked if they reunited because they had spent all the money, Dolores went:
“well actually the reason we were gone for 7 years is because we came here in a little canoe from Ireland and we sailed here and we came as well for the free beer. Ein bier bitte!“

She added that what they were looking forward to on their upcoming world tour were “the gigs and see the planet again” as well as “nice food, restaurants, wine, vino, […] , all the good stuff.“