The Cranberries started the European leg of their “Roses Tour” tonight at the Hammersmith Apollo in London with some surprises for fans. 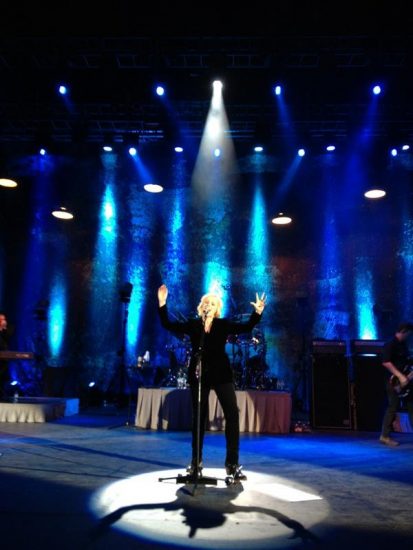 The show started with the lastest album opener “Conduct”. The band played a total of 5 tracks from the “Roses” album including “Fire & Soul” for the first time ever. Other songs from the album are “Tomorrow”, “Losing My Mind” and “Schizophrenic Playboys”. “Show Me” was included on the setlist next to “The Journey” but for unknown reason was not played.

The greatest surprise of the night was nonetheless than the title track from the second album “No Need to Argue”. The band have not played this song since… a very long time. Let’s hope for more surprises like this along the tour!

Two songs from Dolores’ solo albums were included, “Ordinary Day” and “The Journey”. The Cranberries also played an instrumental version of “Shattered” between “I Can’t Be With You” and “Waltzing Back” as Dolores took time backstage for a wardrobe change.

Concert Live recorded the audio of tonight’s show and sold a 3-CD set on site at the end. For the others, you can buy a 2-CD set directly on their website (the encore will be included on CD2, unlike if you bought it on-site). The band will release a second live audio recording next month (Caen, France).

Thanks to Fanberries and Stéphane (from Pretty Dolores) for confirmation of the setlist.