You are here: Cran World » The Cranberries » “Roses” qualifies for the next Irish Meteor Awards (UPDATED)

“Roses” qualifies for the next Irish Meteor Awards (UPDATED)

The Cranberries latest album “Roses” is part of the 2012 albums longlist of the Meteor Choice Music Prize which will take place on March 7, 2013 in Vicar Street, Dublin, Ireland. The shortlist (final nominees) will be announced on January 9, 2013.

Last Cranberries’ presence at “The Meteors” was in March 2002 when they performed “Time Is Ticking Out”, their current single at the time. Watch it again below:

The Cranberries lost… Not even on the final nominees shortlist! 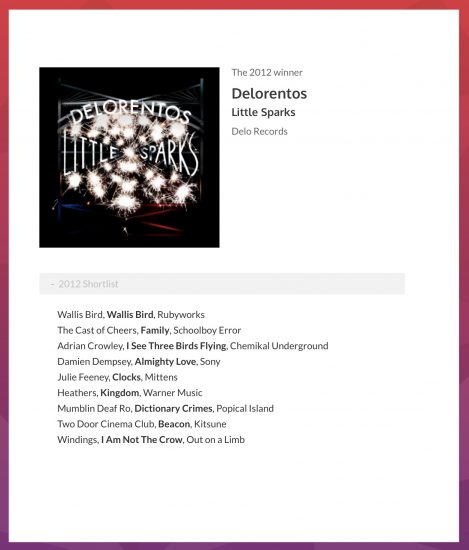