You are here: Cran World » The Cranberries » Paris, a concert to remember

Paris, a concert to remember

What a special show tonight in a sold out Zénith in Paris. As you may know, this show took place on the 1st death anniversary of Dolores’ father.
As a consequence The Cranberries played a very unusual show starting with the “Analyse” setlist but dedicated most of the encore to this anniversary.

The band thus returned a darkened stage after “Zombie” with a bunch of red roses on a table and a candle. Dolores explained the situation and dedicated “Roses” (the song) to her father. She then told the crowd how funnily her son -Taylor- has the very same eyes as her father, which led the band to start playing “You & Me” and skipping “Schizophrenic Playboys” for the first time on this tour.

A beautiful moment which was emphasized by a happening organized by French fans members of the forum “Pretty Dolores” led by Camille. They once again successfully managed to ask the audience in the first rows to hold almost two hundreds white roses in the air to pay homage to the band, the Roses album & tour, as well as Dolores’ family.

We tried to film these songs from the back to see the whole atmosphere so if good enough we will upload them asap otherwise no doubt there will be good ones on YouTube soon. In the meantime enjoy our few pics which we didn’t manage to post live on Twitter because of a bad connection, as well as the setlist. 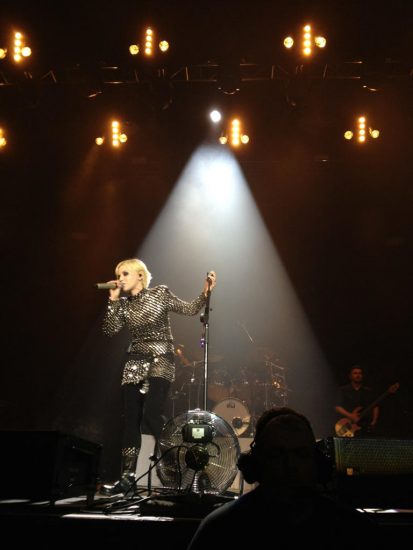 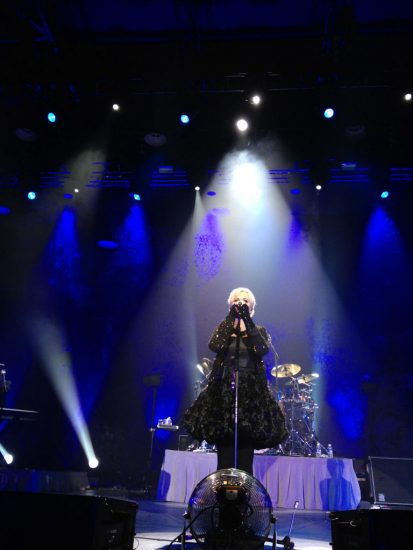 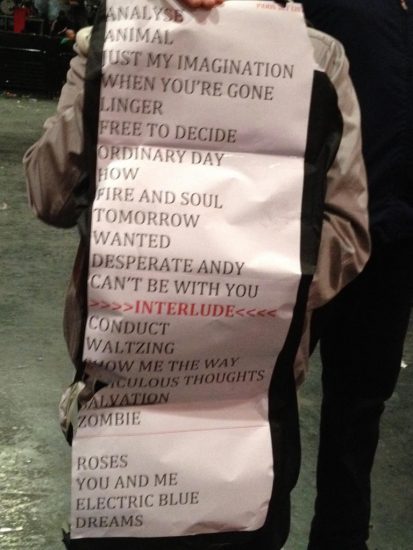 Last thing, the concert was NOT recorded for a DVD as originally planned.

6 Responses to Paris, a concert to remember