As announced earlier this week, today we’re celebrating “Christmas before time”.
There will be updates on CW with Dolores’ performances at the Christmas Concerts from 2001 to 2006.

Let’s start with the 9th edition of those “Concerto di Natale”, it was in 2001 in Vatican and it was Dolores’ very first participation to such concerts. She performed 4 songs: An orchestral version of “Analyse” and 3 Christmas classics, “Little Drummer Boy“(with Westlife), “Panis Angelicus” and “Silent Night‘ (with various artists). 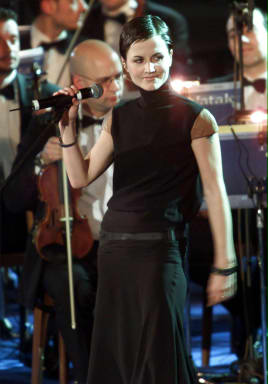 One Response to Christmas before time: Concerto di Natale 2001