Last update about our one-year anniversary contest:
First, we’d like to thank all those who participated, you were more than expected!!

The answer to the question was of course “Ode To My Family”, which most of you got right, although many got confused with “Roses”, a song Dolores dedicated to her father. One of you also answered “No Need To Argue”, a 1994 song which is very likely to be written about Dolores’ relationship with first boyfriend Mike Mahoney (although it has never been confirmed by any of the band members).

Click here to read the interview excerpt we posted in November in which Dolores explains she can’t sing “Ode To My Family” anymore because the song reminds her too much of her father. 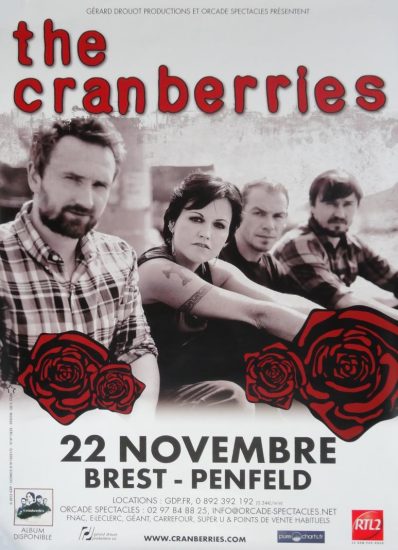 Anyway, congratulations to our 10 winners. Note that one of them decided to let someone else have his poster which had us drawing an 11th name by lot.
Beauvais & Brest posters are now all ready for shipping. Feel free to take pictures of them hanging on your walls once they reach you, and send those to us 😉

Again, thanks to Anne @ Ginger and Aude @ GDP