Glide Magazine just published a long interview with Marco Mendoza where the guy declares to be working with Dolores O’ Riordan from The Cranberries on her possible 3rd new album. He says that he doesn’t know at this point if it’s going to be an album or not:

There’s some songs, some movie possibilities, a lot of things cooking in her world so we’re working on that right now 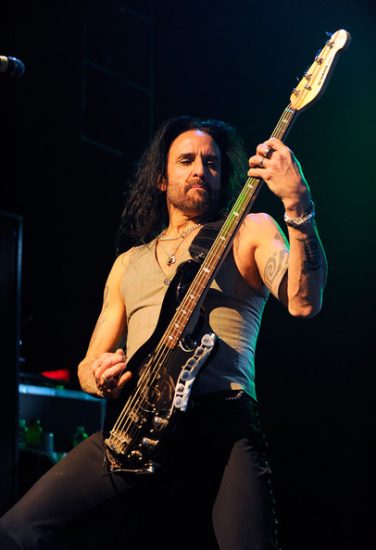 For those of you who may not know Marco Mendoza, the Glide Magazine article is a very good start to have an idea as he is a musician that doesn’t stick to one singer or one band but has always been involved in many different music projects.
As for his collaboration with Dolores, the man already worked on her 2 solo albums and went on tour with her on the “Are You Listening Tour” in 2007 during which he was playing bass guitar.

No doubt that we can take the guy very seriously when he says he is working with Dolores.
Not to mention that right now our favourite singer just became a new judge at “The Voice of Ireland” so it all makes sense: indeed, mostly all coaches who took part to this TV show until now saw their popularity and career coming back in force and the music business naturally asked them to release something shortly after (usually when they reach the next season of the show). The Voice of Ireland may definitely be a marvellous way for a 3rd solo album.

Nevertheless we all have to be very careful with that news and we don’t have to expect too much yet as all those different projects are just at the start, but a good start what ‘ya think?