Eric Alexandrakis  is currently working with Dolores O’ Riordan on some new music according to his Facebook new post: 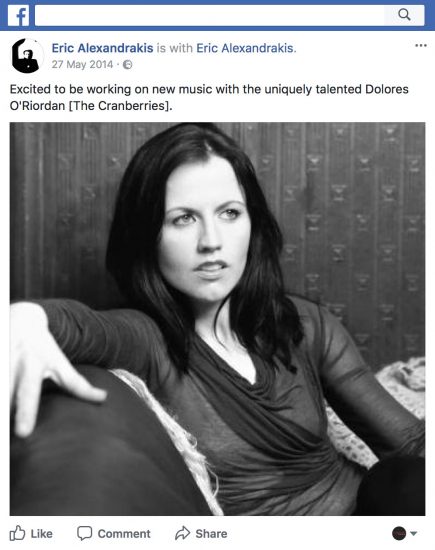 It is still unknown what kind of collaboration will take place between Dolores and Eric. Iis he producing? Is he co-writing new songs? Time will tell…

Eric Alexandrakis is a Greek singer/songwriter/composer/producer living in Miami, FL. According to his bio, he is best known for incorporating “a brand new technology invented by his long time friend, inventor Scott Moskowitz; that technology was digital watermarking […] which is now used by every company in the world that uses any form of digital exchange, from record labels, to film studios, to banks and more“. 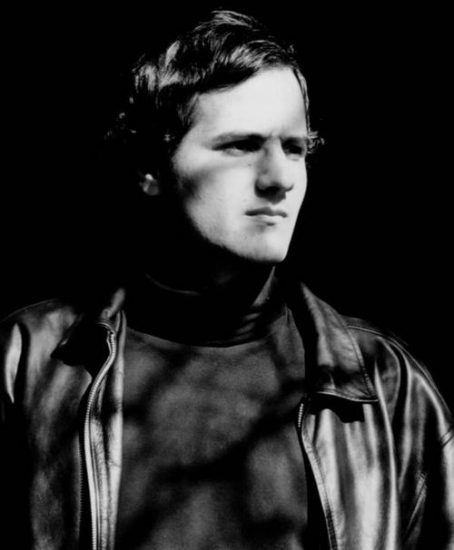 Eric had two Top-20 songs in the Adult Contemporary charts, “Stealing Christmas” and “Hear Comes the Snow!” both still available on digital platforms like iTunes.