Dolores definitely not coming back to “The Voice of Ireland”

According to the article entitled “The Voice could have new a line-up of coaches with none yet signed up for new series” published by the Irish Mirror yesterday, Dolores O’ Riordan is definitely not coming back to the TV show “The Voice of Ireland”.

Well, even if we already had clues about it and even if it still hasn’t been officially confirmed yet, it seems quite clear that Dolores is not returning for another season next year unless producers would like to spring a surprise… with those kind of TV shows you never know! 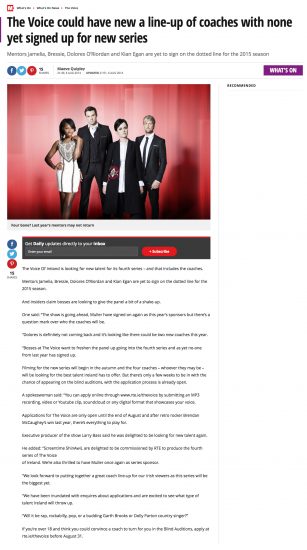