A new photo of Dolores O’ Riordan in New York City appeared on Instagram today. This time it wasn’t posted by a random fan but a famous professional concert photographer named Katarina Benzova who’s notably working with Guns N’ Roses, the rock band who led her to get known (especially as she’s dating Richard Fortus one of the guitarists of the band).

It seems that this time Dolores stopped for a little jam in the studio with the rock band “The Dead Daisies” made of Marco Mendoza, Jon Stevens, Richard Fortus, Dizzy Reed and more. Right now they are in NYC rehearsing for their upcoming shows. According to Katarina’s instagram, the photo was taken at SIR Studios on 25th Street in New York City. 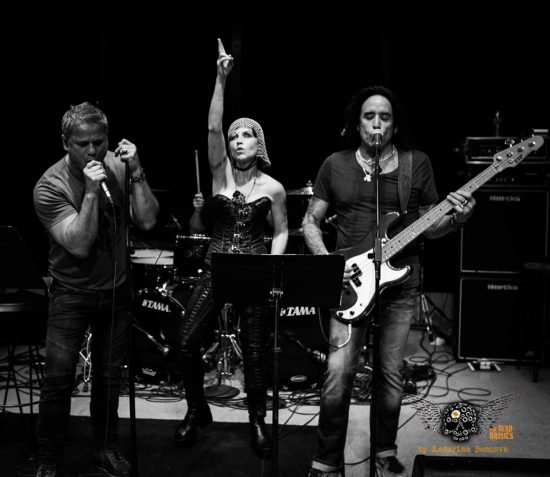 It is not too surprising to finally find a photo of Dolores taken by Katarina Benzova as she’s been on tour a lot with Marco Mendoza recently, with Thin Lizzy for instance, and as you might remember Marco used to collaborate with Dolores on her first solo album and tour. He is said to be a very good friend of the Burtons.

On Katarina’s photo, everyone will notice Dolores wearing that kind of medieval hat which was part of the costume she already wore in the streets of NYC a few days ago. Remember? How cool is that! 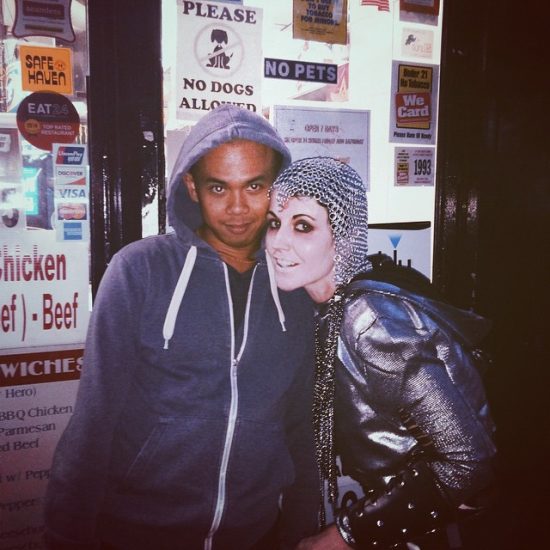 Dolores and Instagram user huydtruong in the streets of NYC – October 17, 2014