Earlier this morning Dolores was arrested and detained in a garda station at Shannon airport following the alleged onboard incident on a transatlantic flight. The Cranberries star was later hospitalised in Mid-West Regional Hospital in Limerick and then released into the care of her mother at approximately 3:35 PM today.

other source:
people.com: “Dolores O’Riordan of the Cranberries Causes Disturbance on Plane“ 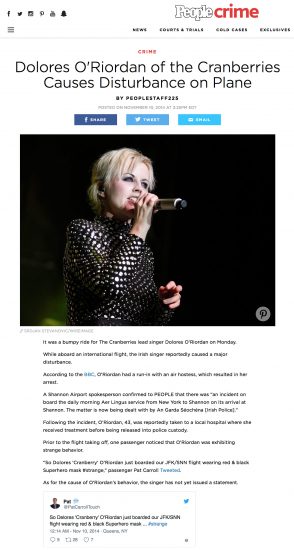