The Cranberries appearing in the next season of “The Bachelorette” (UPDATED)

Sort of breaking news today as several articles in the medias mention The Cranberries playing a private concert in the new season of the TV show “The Bachelorette” USA version. Season 11 premieres next May 18th on ABC.

Travelling across the Atlantic to Ireland, the dates are filled with explosive revelations and drama, as the group journeys to Dublin and a stop at the magnificent Christ Church Cathedral. The Bachelorette and one lucky man are treated to a private concert by the popular rock group The Cranberries. Then their Irish excursion moves on to Killarney with a romantic trip to the Blarney Castle to kiss the Blarney Stone.

It looks like all the episodes are now recorded so if true The Cranberries reformed at least for one day. Hope we can have more details soon as it would be the first show of the band in about 2 years and a half.
This is not the first time The Cranberries or Dolores solo appear on TV/Movies (Charmed, Click…) and it is always nice to see them in projects like this. 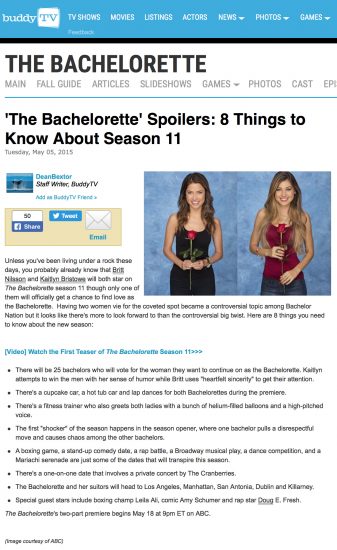 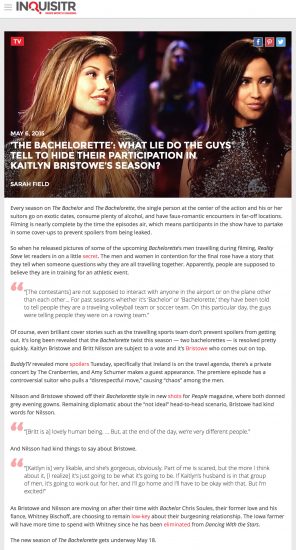 The Bachelorette private performance OFFICIALLY CONFIRMED BY THE CRANBERRIES on Facebook. The band simply posted the link of the article published on broadwayworld.com with no more explanation but that’s enough to confirm the information!