You are here: Cran World » The Cranberries » The Ultimate Live Collection: The wait is over

The Ultimate Live Collection: The wait is over

After more than 3 months the wait is finally over.
The boxsets have been shipped last week as promised by Concert Live and some have been received.
This is a large box (29 x 23 x 12cm) with magnet closure.
The color is a clear allusion to The Cranberries and is a great choice. Don’t pay attention to photos below, they don’t do justice to the exact color. 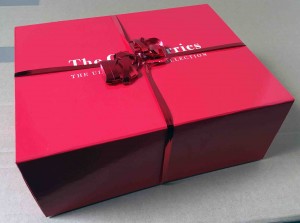 Inside you can find 5 live albums recorded on the 2010 Reunion Tour:

Once opened and the wrapping material removed, the box seems it bit (too?) large for only 5 albums. 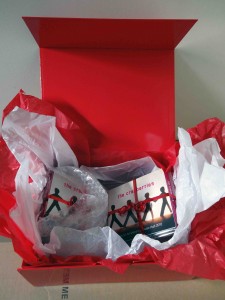 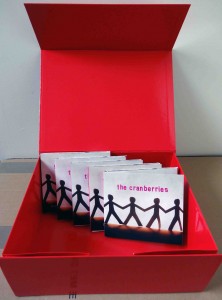 The artwork is similar to the one used in the multi-other pressings already released.
This time the inner picture of the band is reversed. Which one is the correct one, probably this new version. 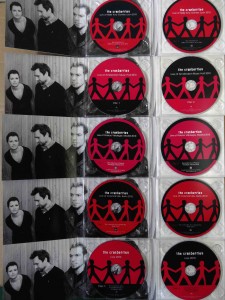 Here below the difference between 2 London albums.
(The different colors on cd’s are only due to the flash, there ‘s no difference!) 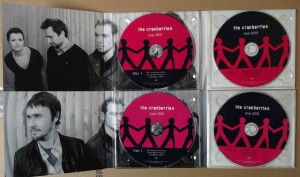 The back cover of the new version. Nothing really changed there except the catalog number. 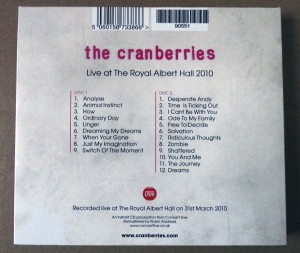 CW definitely have to complete The Cranberries discography one day to compare all the versions.
Quite a lot of work to do and those live albums by Concert Live are not the easiest part. 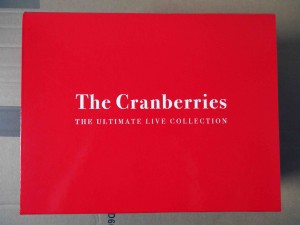 Maybe the reason of this quite empty and too large box is to fit all of their different versions. Genius!
A great box and a great item to own if you are a serious collector.
Still available on their website for £30 plus shipping.

2 Responses to The Ultimate Live Collection: The wait is over