To all asking….
Very soon I will have Cranberries news.
Happy New Year.

Breaking news tonight posted by Noel himself on his twitter account and except a few fans who will always say I knew it, I felt it, I saw it in my crystal ball etc… his words were totally unexpected for most people.

His short message spread the internet like rarely before and every fans started to imagine what the surprise could be. Naturally the first idea concerns a band reunion to make a new album and/or a new tour.
The word reunion has no really sense as the Crans never officially nor unofficially split. Anyways!!
This “reunion” is probably the most expected thing by the fans and is also one of the hardest to believe (for now) regarding the past months/years:
After the end of the Roses Tour 3 years ago in December 2012 a lot of things happened, band members returned to their families and side projects naturally appeared. To name a few: The Pigtown Fling and other Limerick City of Culture projects for Noel and JetLagNYC, Like A Puppet Show and a possible 3rd solo album for Dolores.
Not to mention major upheavals and revelations concerning her private life: divorce from husband, air rage incident, sexually abused when she was a child, trial, new lover…

All these things don’t argue for a reunion soon as many things are still on the process and we have to remember words recently said by Noel: “The Cranberries is such a big thing, we have to lead it at a time when we can all focus on that and not have kind of other things going on at the same time to make everyone happy”.

Well, who knows, life is full of surprises sometimes and The Cranberries reunion could still happen tomorrow… but what could it be if not a reunion?

Some say it could simply concern a new release. Like Beneath The Skin on Bluray HD or more LP’s reissues or it could be a new record made of old stuffs like B-sides, rare studio or live tracks, or even another greatest hits…
Some more people say it might concern a collaboration / soundtrack / film project.
But it might be something completely fresh and new as well.
Do you have any idea? Please tell us.

For now no one really knows.
The surprise is total.

The official website was updated today with this new visual 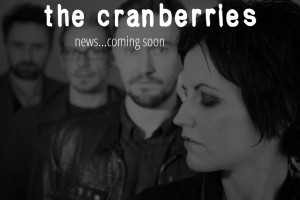 Posted in D.A.R.K., The Cranberries. Bookmark the permalink.