The Cranberries to appear in “Rock Band 4” videogame (UPDATED MAR.18)

The song title(s) is (are) not yet known but The Cranberries are on the list of the artists appearing in the videogame “Rock Band 4” for PlayStation, Xbox, Nintendo and others. 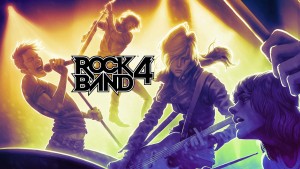 For those who have no idea what this game is all about, it allows up to four players to simulate the performance of popular rock songs by playing with controllers modeled after musical instruments. Players can play the lead guitar, bass guitar and drums parts to songs with instrument controllers as well as sing through a USB microphone.

Here is the list of the artists being part of the next March DLC(*) as announced by developer Harmonix:

If there is only one song of The Cranberries in Rock Band 4 it will surely be “Zombie”.
If more than one so guess the songs… Any idea?

According to Bastián a longtime gamer and Cranberries fan (see his message below) the band already appeared in the video games “Rockband Blitz” (Linger) and “Singstar” (Linger, Zombie, Stars).
“Zombie” might be in “Rocksmith” as well.

(*) DLC is a sort of downloadable update, a not-free update, you have to pay more money to play those artists as they are not part of the main collection (Rock Band 4 was released in October 2015).

Finally it is 3 new tracks from The Cranberries available tomorrow:
Dreams
Ode To My Family
Zombie
The tracklist was just announced today on the Facebook page of Rock Band 4.
So it makes a total of 4 Cranberries songs as Linger was already available as DLC before. 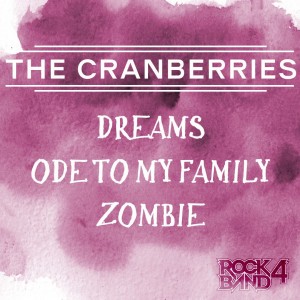 OUT NOW, HERE IS THE PROMO VIDEO

“ODE TO MY FAMILY”

5 Responses to The Cranberries to appear in “Rock Band 4” videogame (UPDATED MAR.18)