Cancún and Barcelona new promo ads for The Cranberries

The Festival Jardins Pedralbes (Barcelona, Spain) just released a promo video featuring The Cranberries among other artists playing the festival this year:

Tickets for this concert went on sale this morning. Prices range from €16 to €128!
You can buy tickets online by clicking this link.
Some die-hard fans already bought theirs. Thanks to DO’RSpain for the picture. 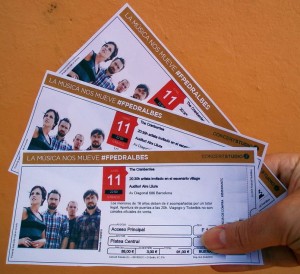 More information about The Cranberries announced in Cancún, Mexico on August 26 & 27, 2016.
The shows are still not confirmed by the band but the Moon Palace Golf & Spa Resort published a new ad on their website a few days ago where the name of the venue is revealed. It will be the Moon Palace Arena. These shows become a bit more likely every day. 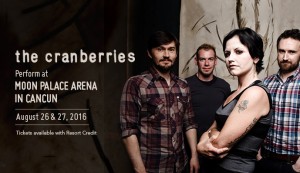