The Cranberries rehearsing “Linger” for “The Bachelorette” show

This is a different version as the one aired on TV (again, this is taken from the rehearsals) but it’s very similar and this time it’s a full version. You might remember the episode with The Cranberries didn’t air the whole song (only 2 minutes) and there were dialogues on it; have a look at the news from last year.

This new video is only one camera, one angle and there is extra time before and after the song. And available in HD 1080p. Thank You Mister Producer! 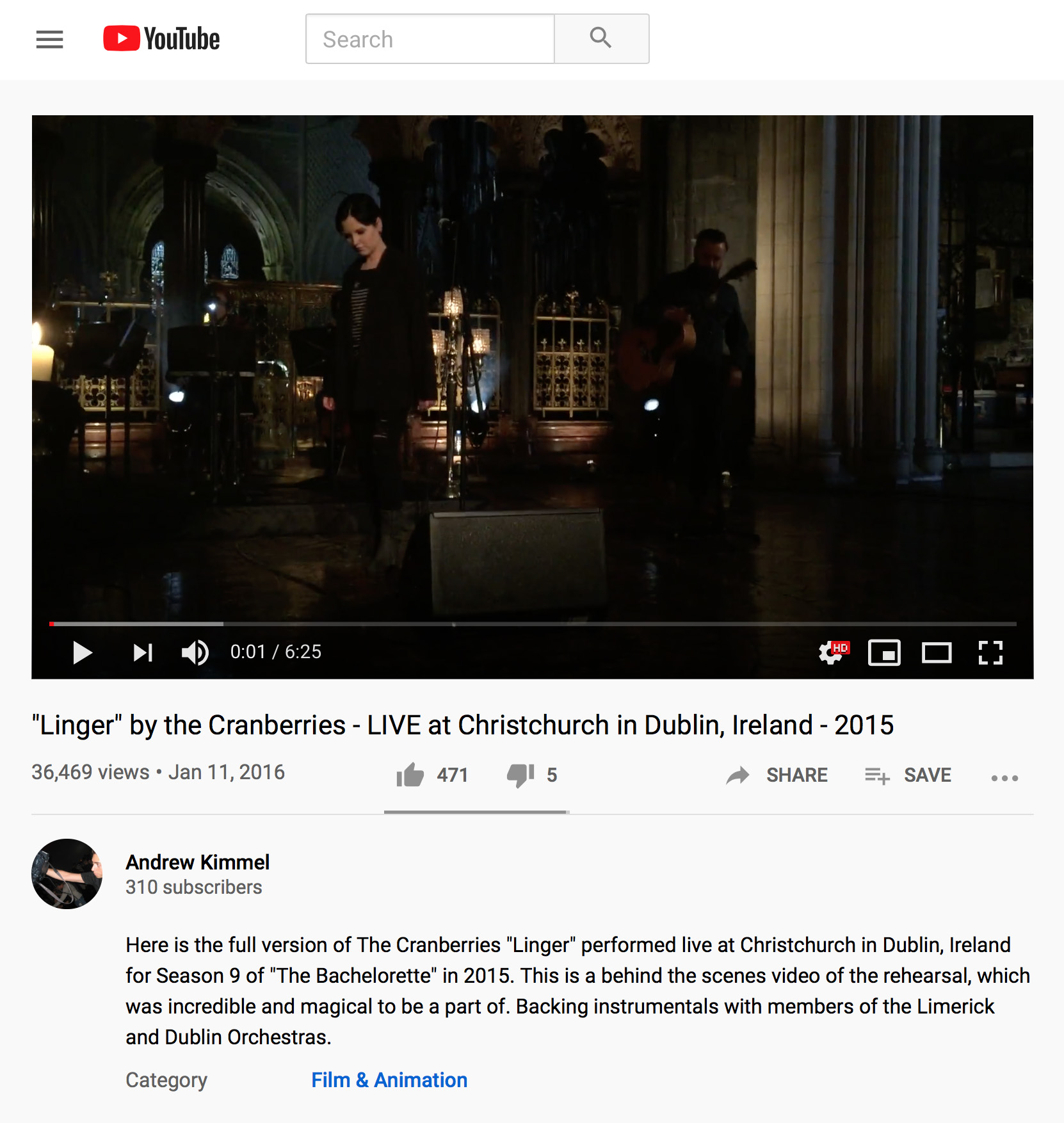