The Cranberries in concert at festival “La Nuit de l’Erdre”

The “Summer Tour 2016” continues, this time in France near Nantes headlining festival “La Nuit de l’Erdre” in front of 17,000 fans. This was the 4th concert of this short tour and it was sold out once again.

The band just had a 3-week-break. Dolores and Johanna were arriving from the USA.
Johanna wrote on Twitter: “Jet lag in a hotel in France”
See Mike resting on his bed a few hours before the show as published on the band’s instagram. 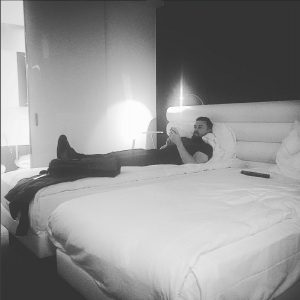 Perfectly on time (10:40 PM) and right when the other band playing the second stage finished their set, The Cranberries entered the main stage playing Analyse without intro. Not even 30 seconds between the 2 bands! This suddenness surprised everyone in the audience… especially when there’s no musical intro!
There was a few sound problems during the show. A possible contact failure on Noel’s Guitar (?) 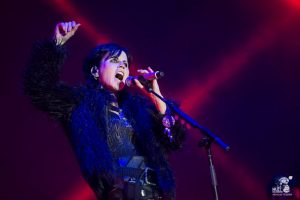 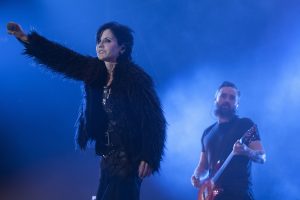 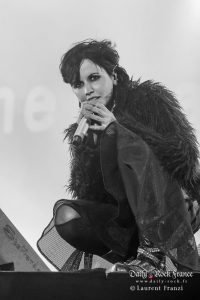 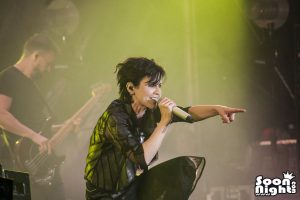 The setlist was the same as the other 3 European shows minus 2 songs, Loud And Clear and Desperate Andy. The show was shorter than expected, about 1h15 instead of 1h30. Hard to explain why as there was no curfew and the band was officially announced for a 1H30-show. As usual most of the crowd didn’t know/understand that Dreams was the last song and was expecting a second encore, especially as 15 minutes left. Plus The Cranberries not coming back to salute properly at the end of the show (as they always do 🙁 ) let a “we want more” feeling in the air. 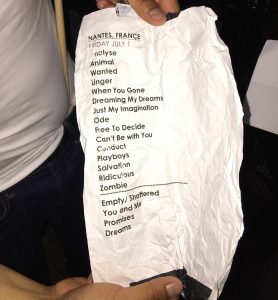 The CW team instagramed a few photos that day and tried to periscope a few things and the first 2 songs of the show. Sorry internet 3G was really poor on the site and the quality kinda sucks.
Nothing we can do about that.
Anyway here’s our HD video of Conduct recorded from the front row!