You are here: Cran World » D.A.R.K. » What about “Science Agrees” physical release?

What about “Science Agrees” physical release?

Is there reasons to believe that Science Agrees release date could be postponed once again, or that the album could never see the light of day? (or at least be released digitally only)

A question worth asking as a fan who lives in Canada caught our attention on an email she received from Amazon.ca to let her know that her Science Agrees vinyl preorder was cancelled because they “expected to be able to send this item to [her]” but they “since found out it’s not available from any of [their] sources at this time“. 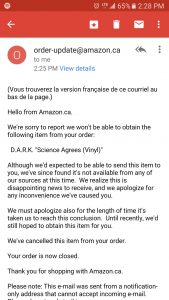 Quite a worrying message, especially now the D.A.R.K. European tour has been cancelled (and not postponed) a couple of days ago.

Although PledgeMusic has FINALLY updated the release date to September 9th on their website, let’s recall that fans who preorder the album/vinyl on their platform are made aware that the items should be ready on “October 21st”. Also, Amazon.com states that the album (CD and Vinyl) will be released on October 14th.

Whatever is happening here, we feel sorry for the band as these numerous postponements and cancellations must be quite a disappointment for them.

Let’s note that, on the journalists side, it seems some more promo CDs have been sent recently to the media for them to review the album in their September issues.
Indeed, as shown by the below pictures of two CDs that were sold on eBay recently, Cooking Vinyl pressed a new version of the album. 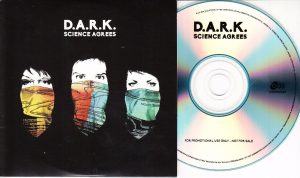 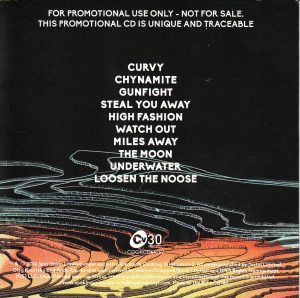 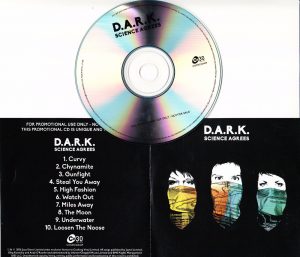 As a matter of fact, first reviews are being published these days, such as the tough one published on Slug Magazine or that of Pitchfork.

Special thanks to Andrea.

3 Responses to What about “Science Agrees” physical release?