You are here: Cran World » The Cranberries » New Cranberries box set to be released on October 7th

New Cranberries box set to be released on October 7th

Although it might seem out of the blue, it looks like Universal Music is about to (rerere)release almost all The Cranberries albums/sessions (?) on October 7th, 2016…

Indeed, the below item has just appeared on different websites such as Amazon or eBay under the name “5 Classic Albums”. 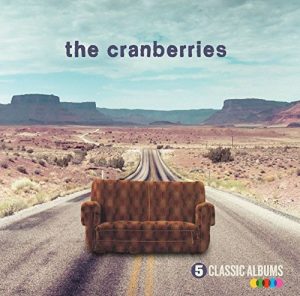 The box set should contain five CDs although Amazon states there is “one disc” inside.
Indeed, if you search for the Universal 5 Classic Albums collection on the Internet, you’ll find box sets for different artists such as Status Quo, Lynyrd Skynyrd and many others, that all include five discs.

We can thus imagine the box set features the band’s first five albums Everybody Else Is Doing It So Why Can’t We, No Need To Argue, To The Faithful Departed, Bury The Hatchet and Wake Up And Smell The Coffee.

This is only an assumption, but what’s for sure is that the cover of the box set looks just GREAT !