The new version of Linger taken from the upcoming acoustic album “Something Else” recorded with The Irish Chamber Orchestra is premiering today on RollingStone.com in partnership with Vevo.
The Cranberries just posted the link a few hours ago on their socials.
A real exclusive where fans can hear for the very first time how the album is gonna sound.
So, Listen to Linger  “in new clothes” (as the band likes to say in their press-releases) 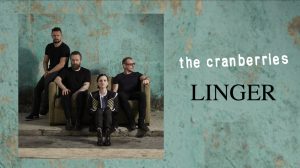 First thing to notice, this is completely new version with orchestral rendition and a new recording of Dolores’ voice. This is not the 1993 vocals, an important detail as a few fans were wondering if Dolores had gone back to studios or not for this album.
Dolores’ vocal sounds very pure and natural – no backing vocals at all! It’s like she is sitting with you in the same room. As for the lads’ accompaniment with the Irish Chamber Orchestra, it sounds very elegant and high class.

Second thing, Linger is the first song unveiled, though it does not necessary mean it is the first single. Remember the press conference in Cancun, Mexico last Frebruary where Dolores said “Why” would be the first single and a video would be filmed in Europe.
Also, the different press releases sent worldwide are announcing “Why” as a single that is soon going to be available digitally.

Is this a last minute change to privilege nostalgia and put an old classic song forward? It does look like this is the band’s choice, as shown by the artwork of Something Else. In this perspective, Linger definitely sounds like the best choice for a first single!
Anyway there’s a good chance the band will play those 2 songs next week on French TV show Taratata and during the other promo appearances. We’ll thus get to know more very soon!

Last thing to note on this great and exclusive Rolling Stones article: two brand new promo pictures were published. A sofa-pose picture -almost the same as the one on the cover of the new album- can be seen in the background of their Vevo video as well as a picture posted in the article where the band is standing on the Mexican streets. Awesome! 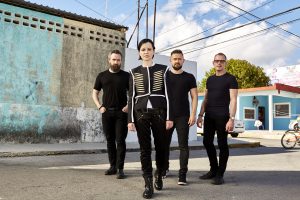 On a funny note, let’s last emphasize that the band updated their website, introducing “Something Else” as “Something Different”… Looks like a mistake, or maybe that was the original name before they decided to change it into Something Else. 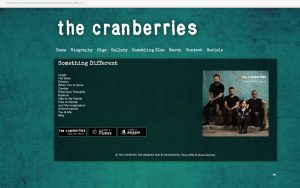