You are here: Cran World » The Cranberries » “Why” on the radio next March 24th

“Why” on the radio next March 24th

According to an article published earlier today on the Italian website Ansa, “Why” will be the first single coming from the album “Something Else” and will make its debut on the radio on March 24.

There is no more details in the article but the information is probably true.
In their press release the band already announced the single “Why” as soon going to be available digitally without exact release date. Now we have one (at least for Italy)

Thanks to Ricardo Cesar for the information. 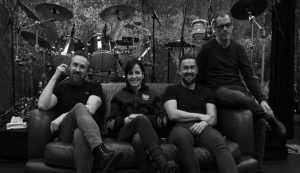 Also today, The Cranberries published on their Facebook account a short message to tell Linger (Acoustic Version) was now instantly available if you pre-order Something Else on iTunes.
[The song is now also available on major streaming platforms].
And to promote this, the band posted a short video with images recently recorded during their rehearsals in Limerick and featuring Linger (instrumental version) as soundtrack. How cool!

The Cranberries – Linger (Taken from 'Something Else')

“Linger” is now instantly available if you pre-order “Something Else” on iTunes. This is is the first of many tracks we’ve revisited with the Irish Chamber Orchestra. https://cranberries.lnk.to/SEFA

Posted by The Cranberries on Donnerstag, 16. März 2017

10 Responses to “Why” on the radio next March 24th