Recap on The Cranberries Paris shows – May 4th & 5th

No live review on our website on May 4th and May 5th for The Cranberries shows in Paris as most of our team members were attending the shows, so here we are now!

If the first night wasn’t too surprising as the band played the same setlist as in Berlin, the second night was much more special as we were lucky enough to enjoy the world premiere of Rupture.
Here’s the video below:

Let’s note that the band gave a live interview on FB from the Olympia on May 4th in which they confirmed what Dolores had previously mentioned in some recent interviews: the shows won’t actually be fully acoustic but a blend between acoustic and electric versions.
Also Dolores explained on stage on May 4th that they had decided to add some more electric parts to the show not to turn it into a “too boring” performance. This decision to make the set “more dynamic” was probably taken during the rehearsals for the European acoustic tour with String Quarters.

As a consequence, only the new songs from the album are fully performed acoustically on live. This might explain why the North American tour is not promoted as “acoustic”, as opposed to the headline shows in Europe starting from May to mid June.

The Olympia happened to be the first all seated venue on this tour, one may note that Dolores entered the stage on both night asking the crowd to stand up so as to rock the place, which everyone did.

Let’s also emphasise that on the first night, the quartet left the show before Dreams, whereas the song was played with the quartet on the second night!

If it seems that the setlist was “shortened” on the first evening, second evening left more space for the band to play longer outros on their songs, which was very appreciable.

Last, we should note that Dolores sang some alternative lyrics on “Why?” on both night (which did not happen in Berlin) with the lines below :

In the meantime, here are the first pro pics that can be found on the Internet as well as some cool fans pics, we’ll update this post with some more in the upcoming days. 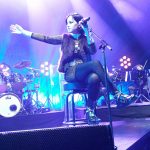 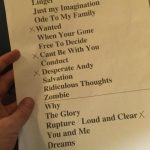 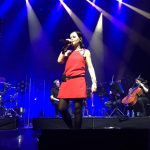 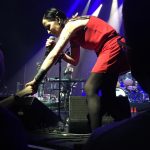 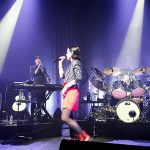 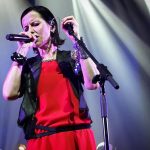 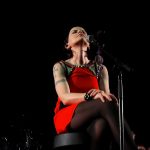 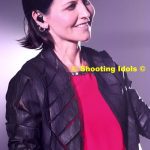 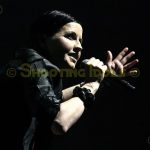