Great and interesting work done by lipecran concerning (now 6) Cranberries videos. Thanks to him and The Cranberries Brasil.

First the comparison between all 3 versions of “Dreams” on the same screen.
The Cranberries Brasil note: “At the top of the screen, the first version, from 1992. Below, to the left, the second version of 1993, and to the right, the third, filmed between 27 and 29 January 1994 in Dublin, Ireland. Although some other videos of the band also have other versions, dreams is the only one with completely different versions of each other.”

Secondly, in the same style, the comparison between all 3 versions of “Zombie”. Some people only knew the existence of 2!! It seems this one just been censored for copyright reasons…
The Cranberries Brasil note: “On the top of the screen, is the most common version, with the song in full length (“No Need To Argue” album). Under it, at left, the version known as “UK Limited Edition” surfaced in early 2000’s and at right the “Alternate”, released in 2009 at VEVO channel of the band. These other two versions have the same lenght, so at some point, the screen will show only the common version, during the missing sound part of these other versions. The common and Alternate versions are very similar while the “UK” shows a lot of differences.”

And last the complete and quite rare alternative version of “Free To Decide”. Brilliant! 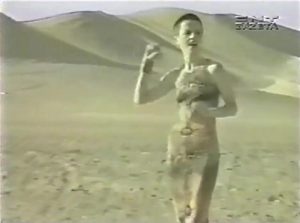 EDIT:
More…
Now the comparison between both versions of “Free To Decide”

…and between both versions of “Ridiculous Thoughts”. Great job guys!

One more, “When You’re Gone”

And last, “I Can’t Be With You” and “Zombie” censored on YouTube and reuploaded on Vimeo.

12 Responses to The Cranberries videos: comparison and alternative versions