You are here: Cran World » The Cranberries » A 2nd and 3rd version of “Iosa” (Atosa) and other rarities

A 2nd and 3rd version of “Iosa” (Atosa) and other rarities

Absolute goldmine!
Cranberries fan Alan Martin has published on Twitter a photo showing memorabilia, including a setlist, a newspaper ad and a live audio cassette recorded at The Parkway in 1991.
On the setlist, we can read Atosa (Iosa) played two times on that show… and regarding Alan’s tweet, he taped it!
So this would be a second and third live recorded version of the song, the first and only one version available until now was recorded at University Of London Union on the 14 November 1991. 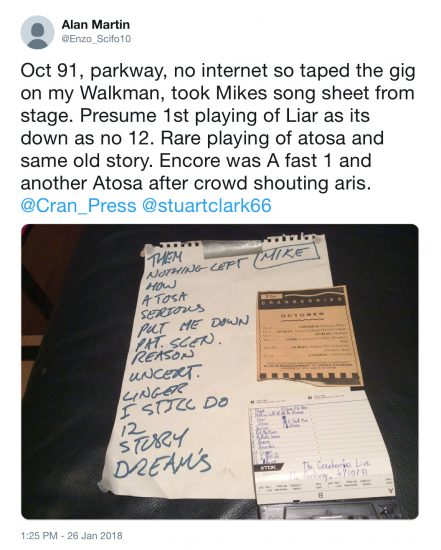