You are here: Cran World » Dolores O'Riordan » “I Heart The Cranberries” – review, photos and videos

“I Heart The Cranberries” – review, photos and videos

Back from Limerick where some members of the Cranberries World team were privileged and moved to be part of the “I Heart The Cranberries” concert at Dolans where Limerick city paid tribute to Dolores O’Riordan on July 5, 2018. 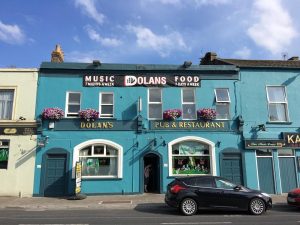 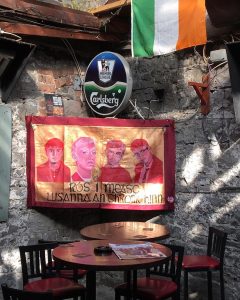 As you may know, the event was organized by Limerick musician Emma Langford, who decided in January, a few days after sharing the stage with Noel Hogan at a charity event for a suicide and self-harm prevention center, that Limerick needed to honour Dolores memory: “after her tragic and untimely death I – among many, no doubt – wanted to make sure a tribute happened here in Dolores’ home town, and it had to be done right”.

All profits from the event went to Adapt House, a domestic violence support service, as well as Limerick Mental Health which was recommended to Emma by Noel Hogan himself as this is a cause he emphasized Dolores would care deeply about.

As announced in a statement from The Cranberries on March 9th, none of the band members were attending the concert at Dolans although they explained they were “touched and honored” that this tribute to the band and their music was taking place: 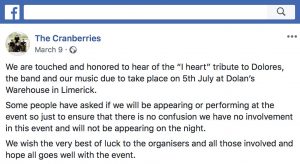 However, some of the band’s acquaintances attended, as pointed out by Hot Press who noticed that Niall Quinn, original member of The Cranberry Saw Us, was there.

The evening started with an instrumental version of “Zombie” performed by the duo of violinists Maria Ryan & Lucia MacPartlin.
Emma Langford then presented the event before giving the floor to The Cranberries fanclubs, with a small word from our team and a speech by our friends from Cranberries Italia, who, let’s recall, raised over €2,000 for Limerick Learning Hub – again, a project recommended by Noel Hogan – in order to give back to Dolores’ hometown the kindness Dolores gave to her fan community.
Emma was later joined on stage by Hannah Nic Gearailt and Sara Ryan to launch the gig with their performance of “When You’re Gone”, setting an emotional tone for the evening to come…
Watch the video below:

As shown above, the event was divided in two parts, first one focusing on soft songs with an emphasis on acoustic renditions of the songs as opposed to the second part that saw full band performances of the band’s hits – apart from a barbershop quartet performance of “Daffodil Lament”. Duration, approximately 150 minutes (including the 15/20 minutes break between two parts).

Thumbs up to all the artists for the work done on their arrangements, especially as we remind everyone that they were all volunteering their time for this tribute.
Some songs stood out from the artists’ reappropriation of the original Cranberries songs, such as NIMF’s electronica and ambient version of “Yeat’s Grave” or Jane Fraser’s rendition of “Pretty” sampling bits of an interview given by Dolores, “I Just wanna be Dolores”. 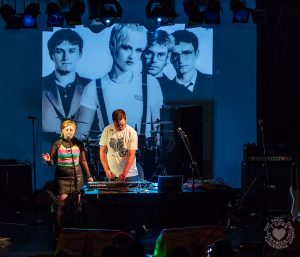 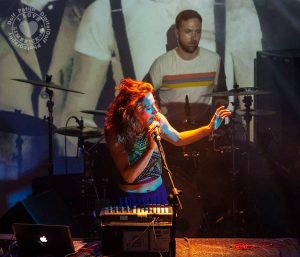 People will also remember Ann Blake (from The Brad Pitt Light Orchestra) who introduced “Linger” by telling the crowd of her experience singing at Dolores O’Riordan wedding with Don Burton back in July 1994, as Dolores had invited students from her former school Laurel Hill Coláiste – among whom Ann was – to perform for her big day. She was lucky enough to witness Dolores perform “Panis Angelicus” on this occasion. 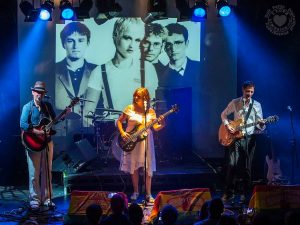 Like a proper Cranberries concert, the gig ended with a fantastic rendition of “Dreams” by the ‘1994 Dolores look-alike’ Niamh Farrell who was later joined on stage by all artists to perform a final, powerful and very emotional version of “Zombie” which the crowd sang along at the top of their lungs to remind, “loud and clear”, how Irish people and worldwide fans LOVE this band.
Watch the video below:

Some cool pictures of the event taken by photographer Dolf Patijn have already been published, click here to see the whole 102-photos album posted on the Facebook account of www.ilovelimerick.com. 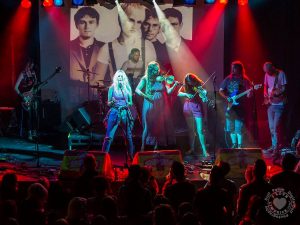 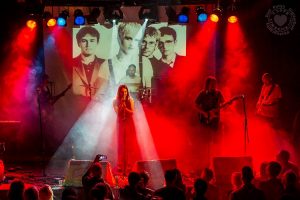 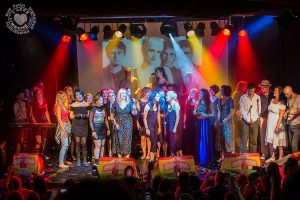 All artists on stage – Zombie

Major thanks to Emma, the Dolans Pub and the Limerick LGBT Pride for giving life to this event and celebrating the life and music of Dolores O’Riordan & The Cranberries, fans are very grateful for this beautiful – and indeed cathartic – experience.

Also, special thanks to all the fans from Italy, Spain, Sweden, France and Cork who joined us for our preshow fan gathering!
Our memories are her legacy, let’s keep her alive, all together ❤ 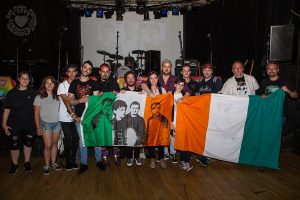