Today, The Guardian published the first interview of the lads since January 2018.

As we know, the band has been avoiding media interviews and requests to take part in commemorative projects these last months, asking for people to respect their wishes for privacy at this very difficult time.

However, as the 25th anniversary edition of “Everybody Else Is Doing It, So Why Can’t We?” is about to be released this October along with The Cranberries final album called “THIS IS THE END” that will be released in 2019, the band spoke today for the first time to The Guardian at Strand hotel, Limerick, discussing the “challenges of working without [Dolores]”

Click here to read the article where the band says that their ultimate album will be “really strong lyrically“.
They indeed explain that “she always said she found it hard to write songs when she was happy. She always said: put a bit of misery in her life and it was easier.“

The band also confirms that “This Is The End” will be their last album:
“We will do this album and then that will be it,” [Noel] adds. “There is no need to continue.”

The Guardian treats us with the first photoshoot of the band without Dolores, heartbreakingly describing the scene:
“The band step out on to the balcony to do the photoshoot. Noel stood out here with O’Riordan the last time he saw her. This is new for them: no frontwoman, no idea how to stand, to pose, without their focal point. ‘With Dolores, doing pictures was so easy, because you knew exactly what to do’ he smiles. ‘Just all get behind her’. “ 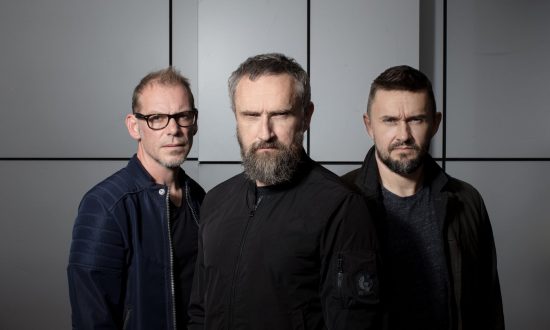 Photo: Patrick Bolger for the Guardian

Thanks to Julien @jttlse for his help

“IN THE END” should in fact be the title of the album and not “THIS IS THE END”. See our update by clicking this link.

8 Responses to BREAKING: Noel, Mike and Fergal’s first interview since Dolores passing, revealing the name of their ultimate album (UPDATED)