You are here: Cran World » The Cranberries » “Shine Down” demo premiering now exclusively on billboard.com (UPDATED)

Billboard.com just published a new interview with Noel Hogan featuring the track “Shine Down” that should be the “Nothing Left At All” cassette version of the song that we know (impossible to tell as their player does not seem to be working at the moment).

Noel interestingly mentions that he hopes the other Cranberries albums will be given the same anniversary treatment as Everybody Else Is Doing It, So Why Can’t We. However he notes that it “would be harder to find (bonus) things because with (Everybody Else…) we had all the years of build-up for us to get to that point, a lot of stuff between demos and gigs and things that we were able to include. The problem going forward is that album came out and became very successful, so everything we did after that was released or used straightaway. To find rarities may be a bit of a struggle — though I could be wrong. Things could pop up that I may have forgotten about“.

Definitely something fans should be able to help with 😉

Noel also confirms that the final Cranberries album, In The End, should be “very emotional, because of all the things that were going on in Dolores’ life“, and reasserts that “she was psyched about doing the album“, which makes “her death” something “very, very unfair” as “she was very, very positive” : “when she started writing this album it was all very positive and she couldn’t wait to get into the studio or back on the road again“, especially as the band was planning to tour in China in March. 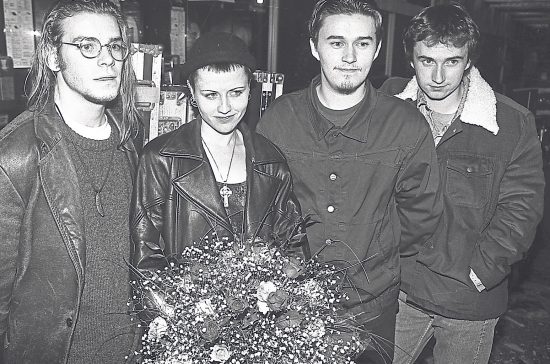 “Shine Down (Nothing Left At All – EP Version)” also available on Apple Music from October 12th… meaning if it’s not midnight yet in your country, you’ll have to wait a couple of hours more!

The song also just appeared on YouTube/VEVO on the official channel of The Cranberries: