You are here: Cran World » The Cranberries » Mayoral reception in honor of Limerick’s unsung heroes in music

Mayoral reception in honor of Limerick’s unsung heroes in music

On Thursday 22 November 2018, John Hennessy, Ber Angley, Máire Keary-Scanlon and Shane Curtin were honored by the city of Limerick for their contribution to the musical landscape of the city. People from the music community came out in support at the mayoral reception at City Hall and Noel Hogan was one of them.

Full details in the article “Limerick recognises its unsung heroes in music” published on limerickpost.ie 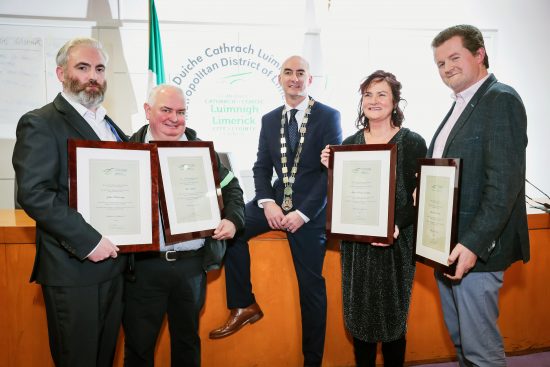 The Cranberries are mentioned in the part concerning Ber Angley, who is synonymous with events at University of Limerick since the 1980s:

Professor Eoin Devereux spoke about Ber’s achievements.
“He had the capacity to imagine and dream and say ‘why can’t we do things like this?’.”
Ber also played a part in getting Limerick’s most successful music export signed to a major label. He played a very significant role in the history of the band, booking them for The Stables Bar and rostered them on national tours of the colleges in their early days.
Ber booked The Cranberries for a Rag Week gig at The Jetland on Ennis Road. (where Dunnes Stores / Woodies is now).
Prof Devereux told the audience, “There were 32 A&R men from the record industry hoping to sign The Cranberries.
At that gig a man called Denny Cordell of Island Records made a deal with The Cranberries. It was a historic night in the history of the band that went to global success.” 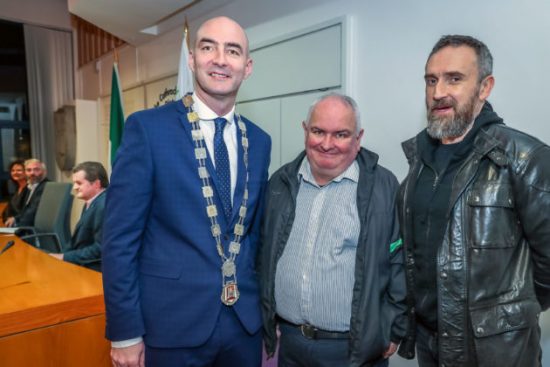 The day after, Ber Angley published on Twitter a photo of his award and a ‘thanks everyone’ message: 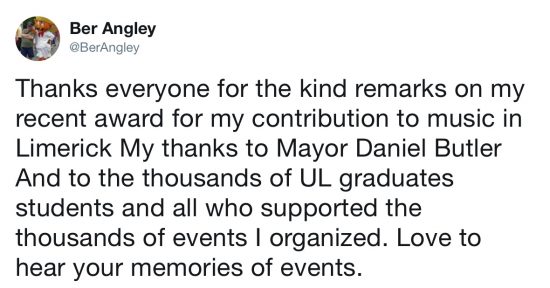 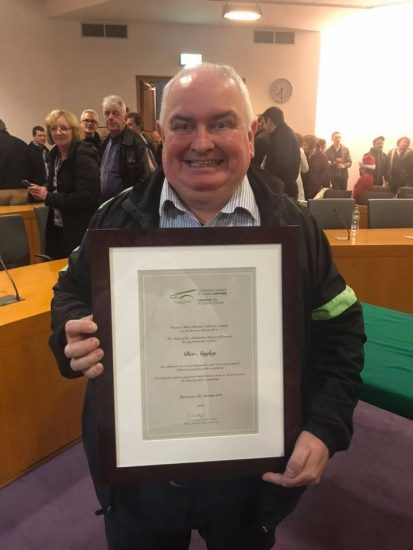