Oldie but goldie!
This is a very rare CD-R containing demo/early versions of songs that would appear on “AYL?”
Some fans might not have heard them all before… and for the others it’s probably been a while!

Let’s note that the demo version of “Without You” never really surfaced before and the title “Apple Of My Life” on this CD-R became “Apple Of My Eye” on the “Are You Listening?” album. [EDIT: Fox Music probably made this CD-R to pass on to various music supervisors. Seems like a title transcribed too fast, just a mistake, as Dolores sings “eye” in this demo.]

Download WAV audio files (and CD scans) on Google Drive or listen to the songs directly on YouTube. 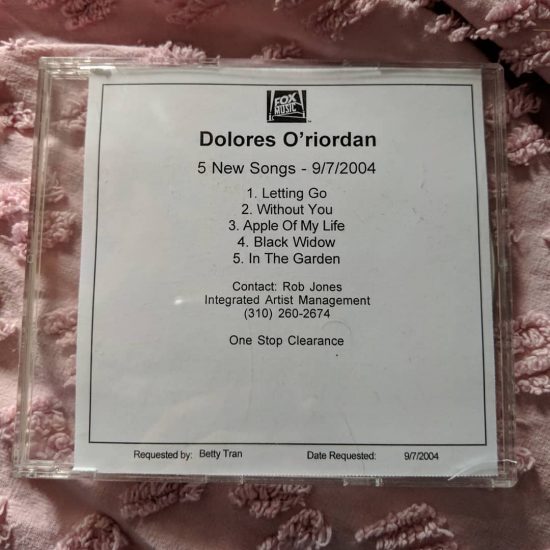