You are here: Cran World » The Cranberries » New song “The Pressure” available tomorrow at midnight (UPDATED)

“The Pressure” should be the 2nd single off the album “In The End” (track #10) and should be officially released tomorrow (March 1st) starting at midnight on streaming platforms.

Well… right now, it’s already tomorrow in Australia, the song has started to spread the internet (so it’s not a leak) and lyrics have already appeared on genius.com 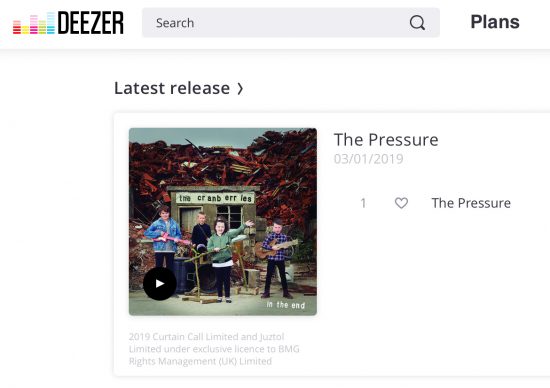 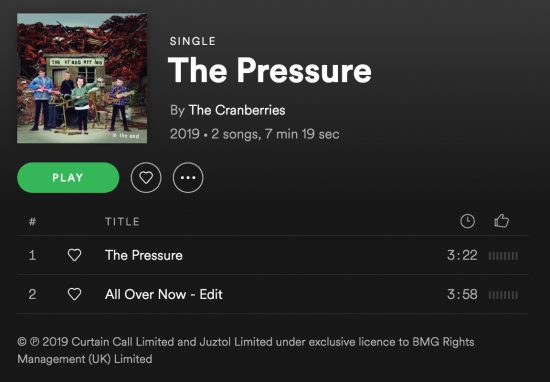 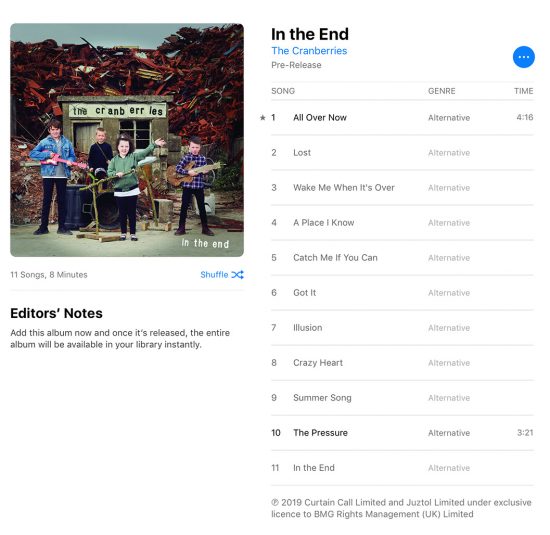 Also available on YouTube (US viewers may have to wait until midnight tho):

Noel Hogan just posted on Instagram to inform that “The Pressure” is NOT the second single but a new track they “wanted to share”.
Second single should thus be “Wake Me When It’s Over” as stated in the Radio Regenbogen interview posted yesterday on YouTube.
He also replied to 1tipsy that All Over Now’s video should be available next week. 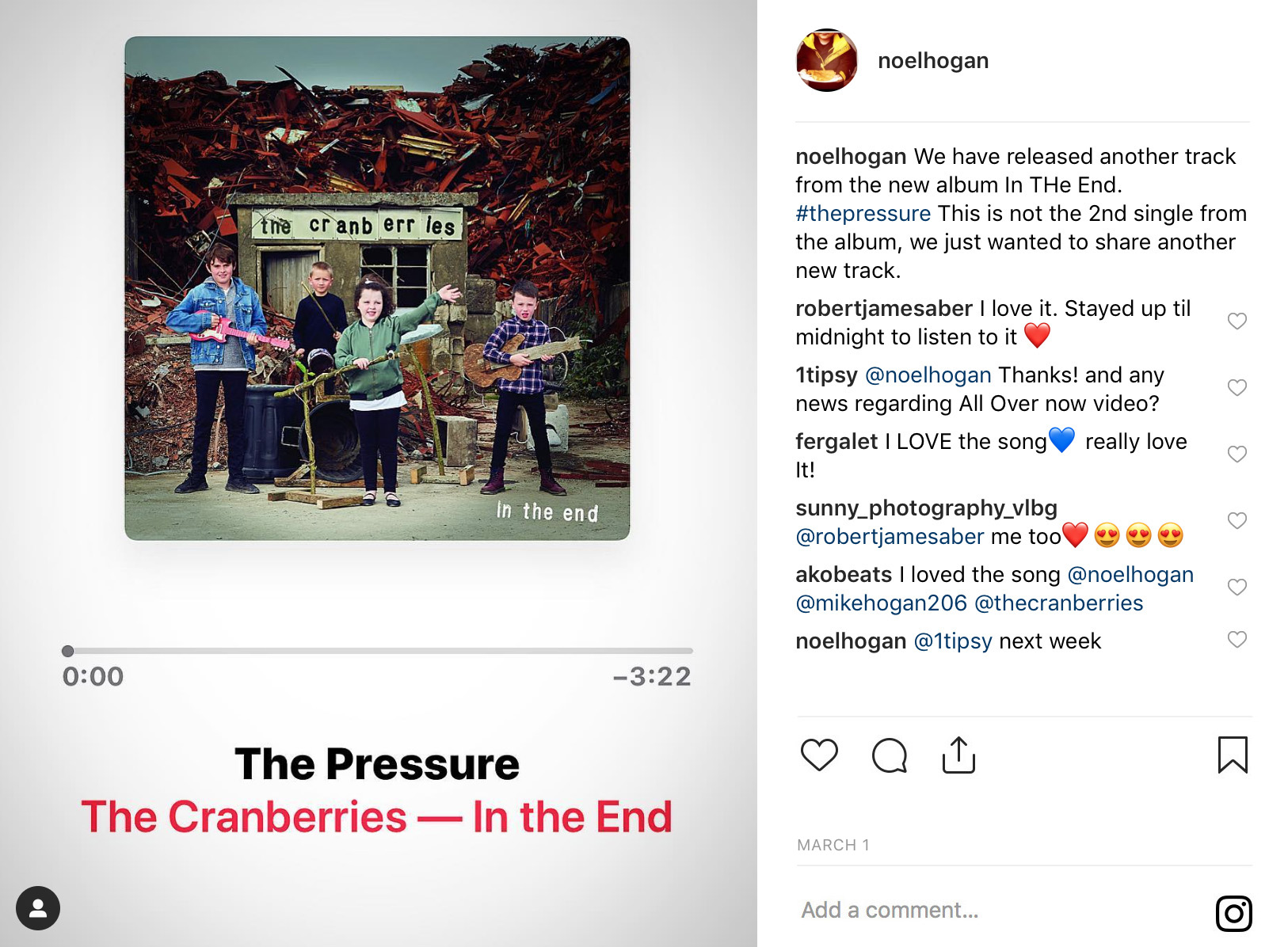