You are here: Cran World » The Cranberries » “Wake Me When It’s Over” and “In The End” available on Monday

“Wake Me When It’s Over” will be released next Monday (18 March), as revealed last week by the Limerick Leader, probably starting at midnight on streaming platforms and to download.

However, it seems that the song “In The End” will/could also be released on the same date, as both songs have just appeared today on iTunes/Apple Music and are almost ready to play… and even if not yet working, we can see both durations. 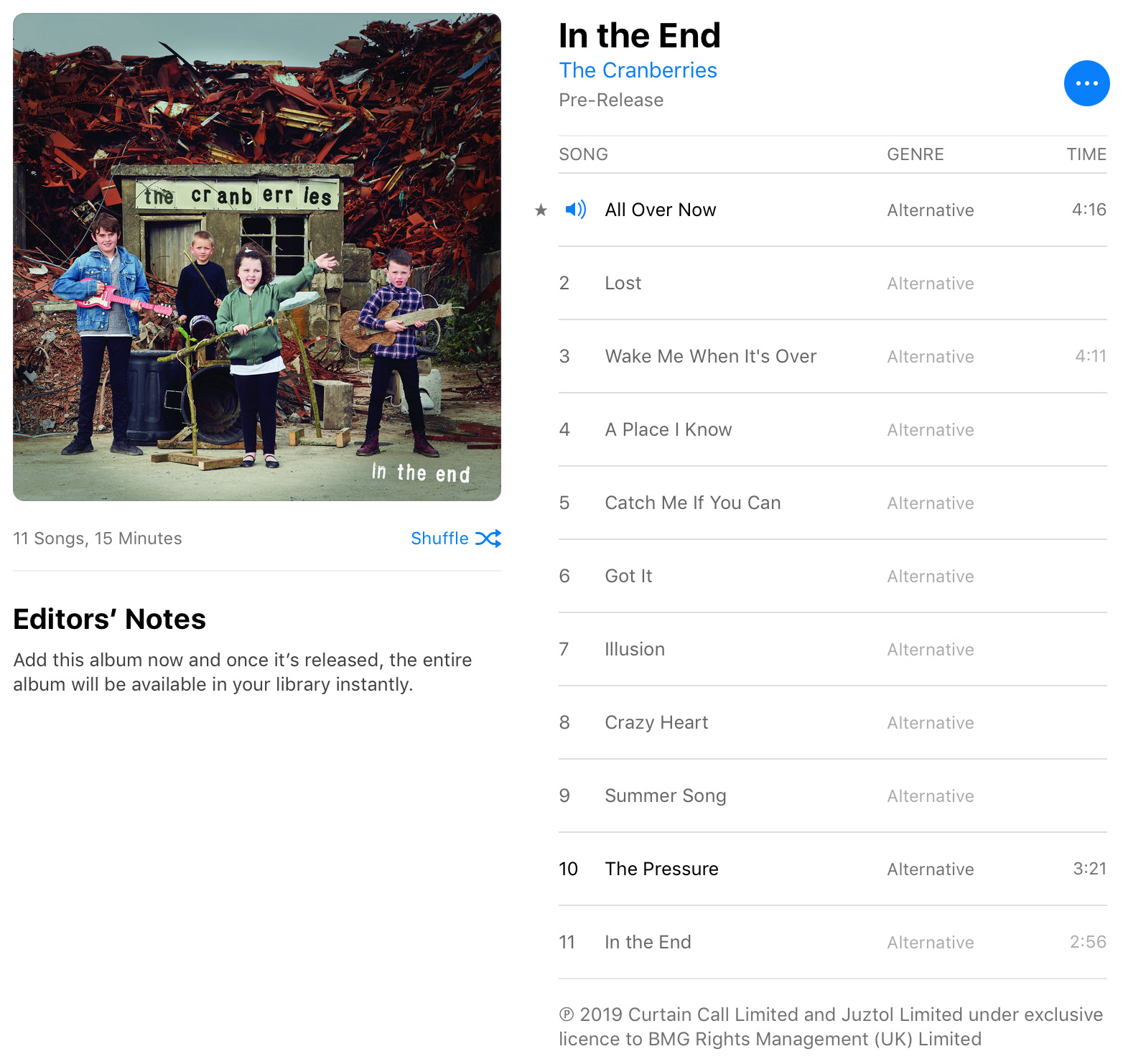 “In The End” pre-release songs on iTunes

Let’s note that just like “The Pressure”, the song “In The End” should be another pre-release track the band wants to share and not a 3rd or 4th single.