The Cranberries were still in Paris today.
At 6.30pm they appeared on radio station RTL2 on the show “Le Drive RTL2”. Noel and Mike were interviewed during 20 minutes. The radio has live webcams in the studio, you can watch the video replay directly on the RTL2’s Facebook. 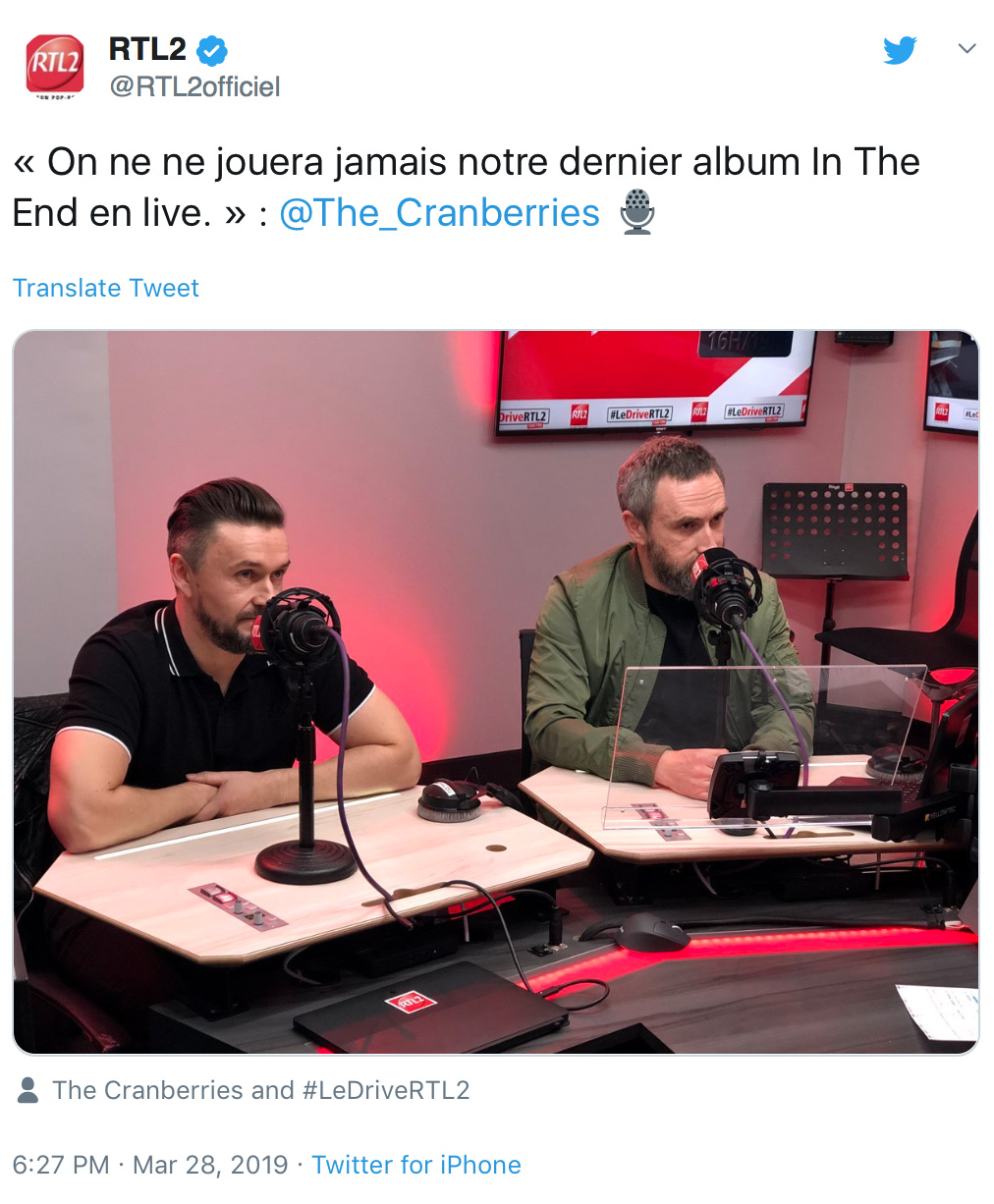 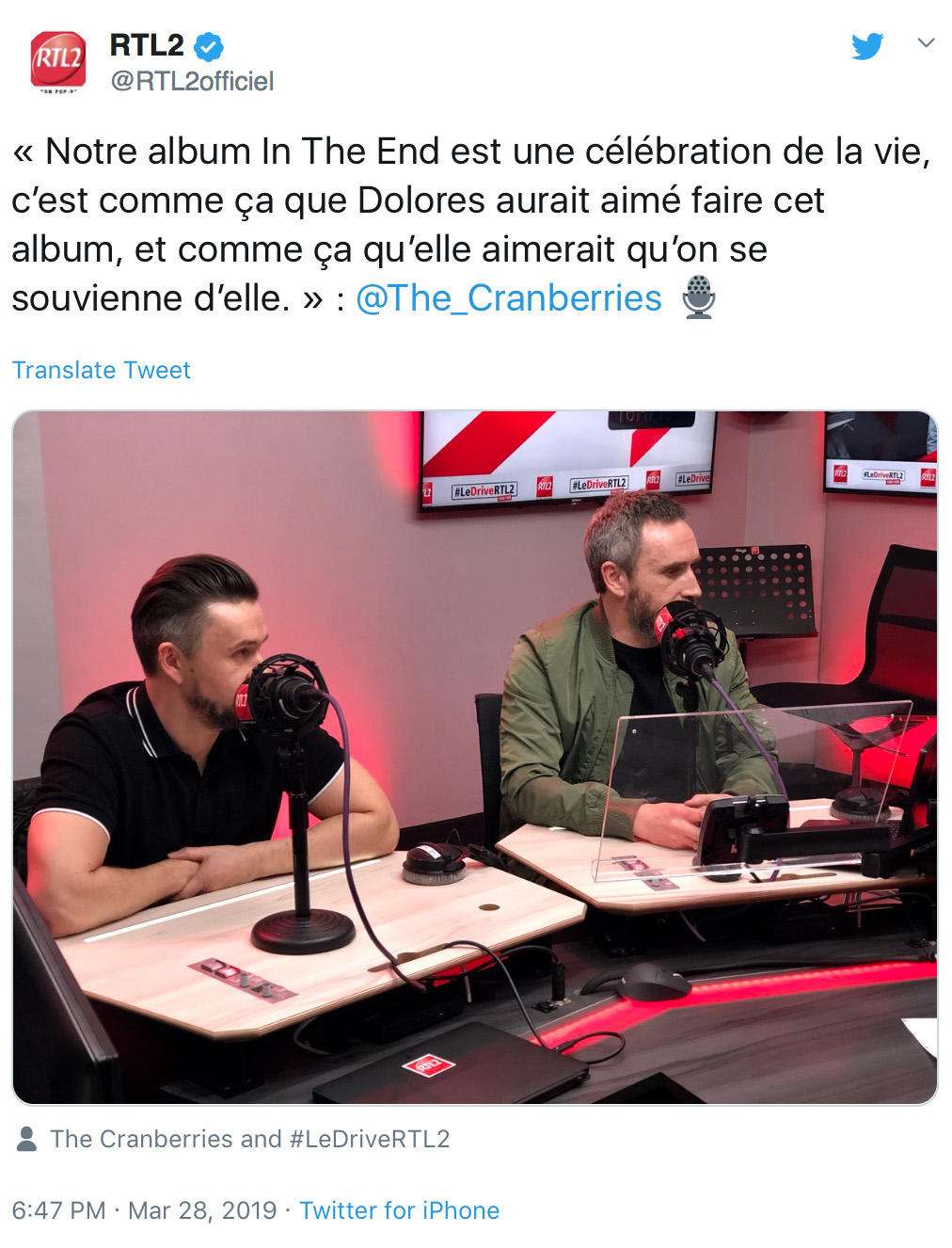 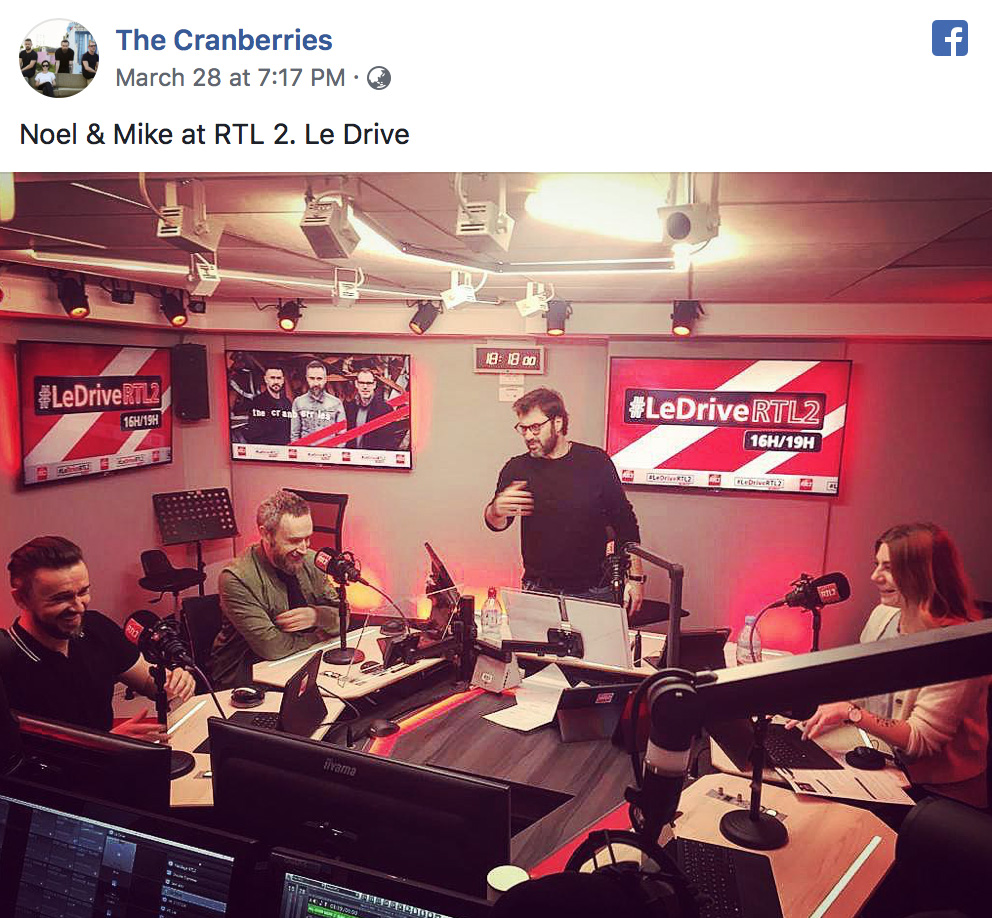 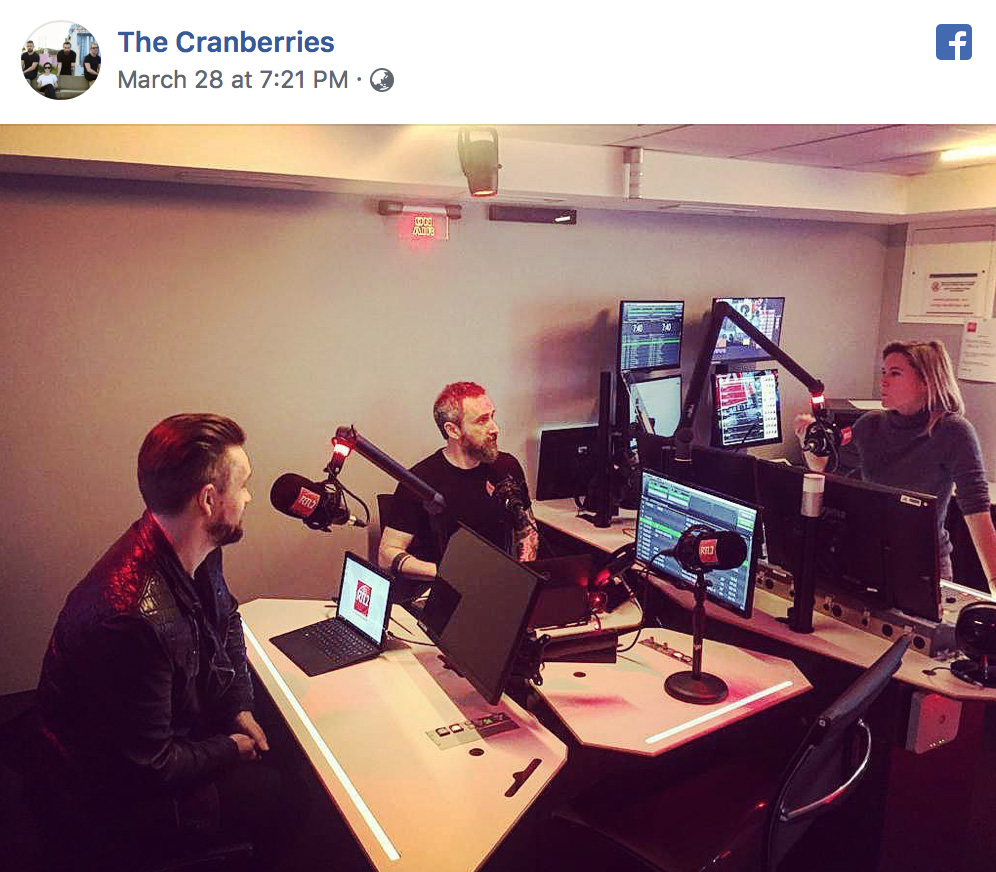 A few hours before the broadcast, RTL2 posted an advert on their socials (Facebook, Twitter) to announce the event. It was not the exact same artwork, very close though: 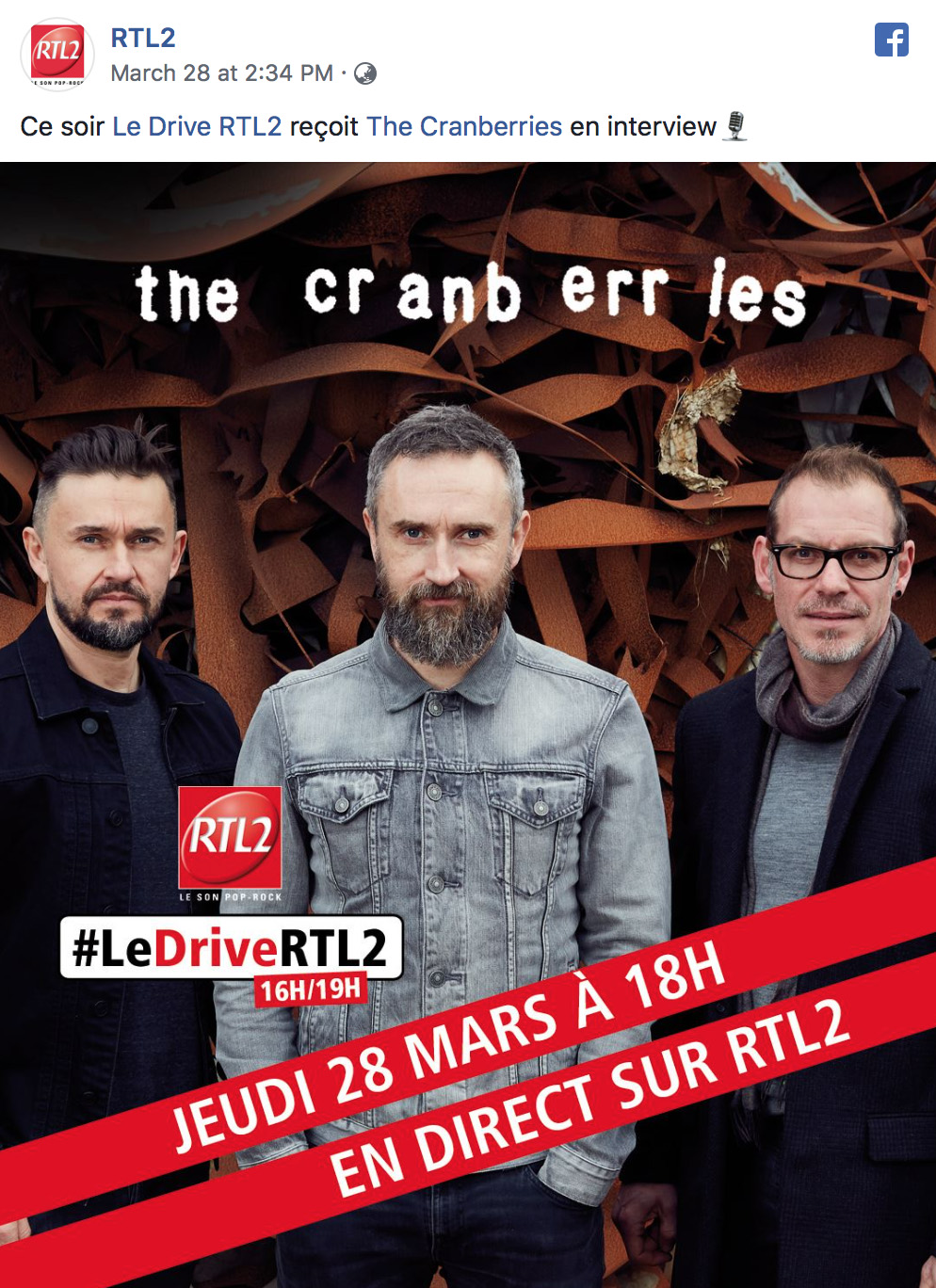 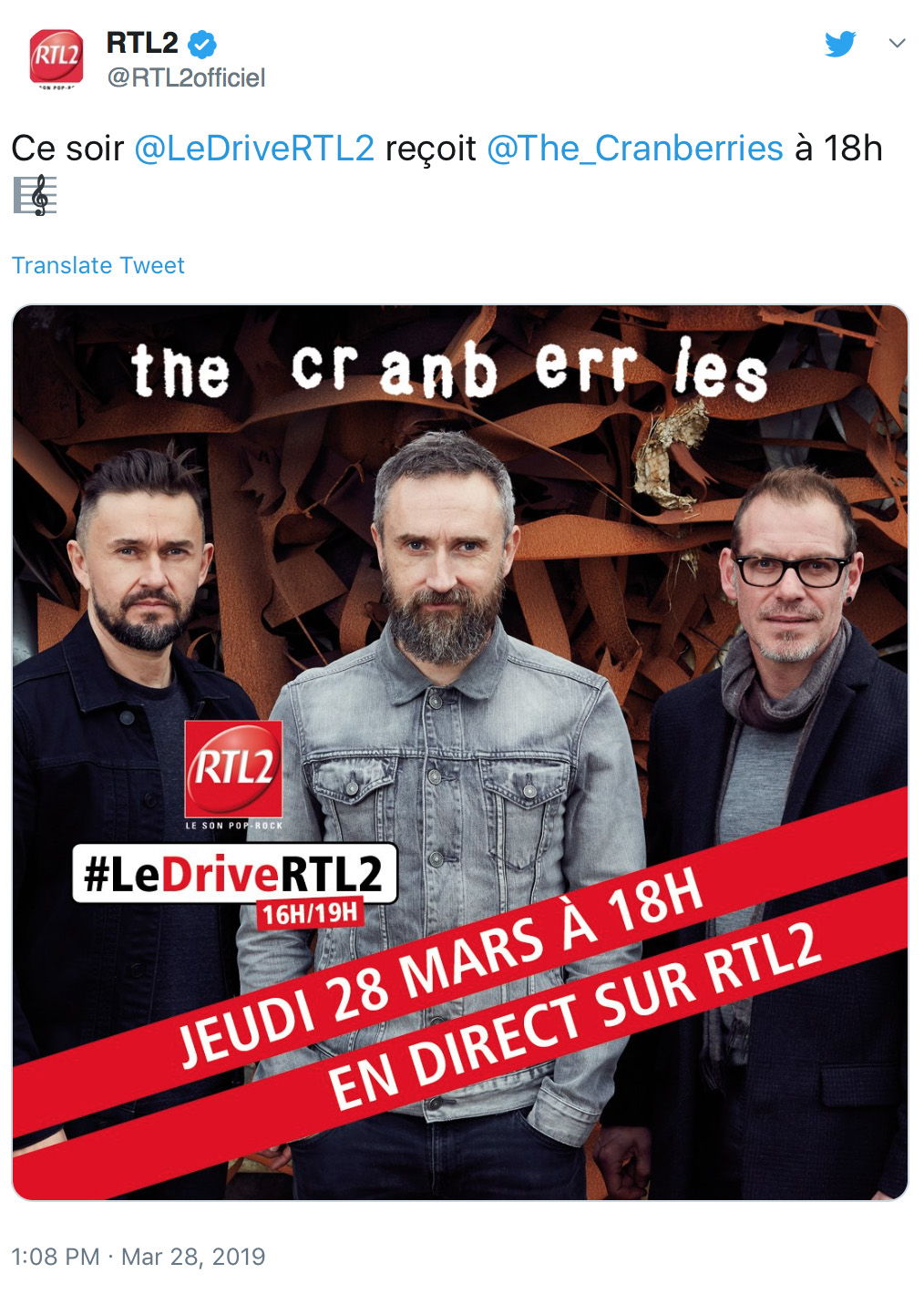