You are here: Cran World » The Cranberries » VIDEO: “Free To Decide” & “Sunday” live in Boston for Telethon

VIDEO: “Free To Decide” & “Sunday” live in Boston for Telethon

A few days ago the MDA Telethon published on YouTube a very rare video of The Cranberries performing 2 songs in Boston, MA, USA for the Telethon 1996. It was broadcast on the US TV show “Jerry Lewis Stars Across America MDA Labor Day Telethon” on 2 September 1996. The video quality is perfect, upscaled in HD 1080p and respecting the original 4:3 format.

The Cranberries played 2 shows in Boston that year, on September 1st and 2nd, [EDIT – JULY 27th: The performance was recorded during the band’s first show on September 1st according to the TV report “On Music” broadcast in Spain on C+ in 1996 where Dolores (and the whole band) has the same outfit during the song “Forever Yellow Skies” (starts at 2:10). Thanks to Luis Hernández for the info.]

The “MDA Labor Day Telethon” was an annual telethon held on Labor Day, starting the night before and throughout. 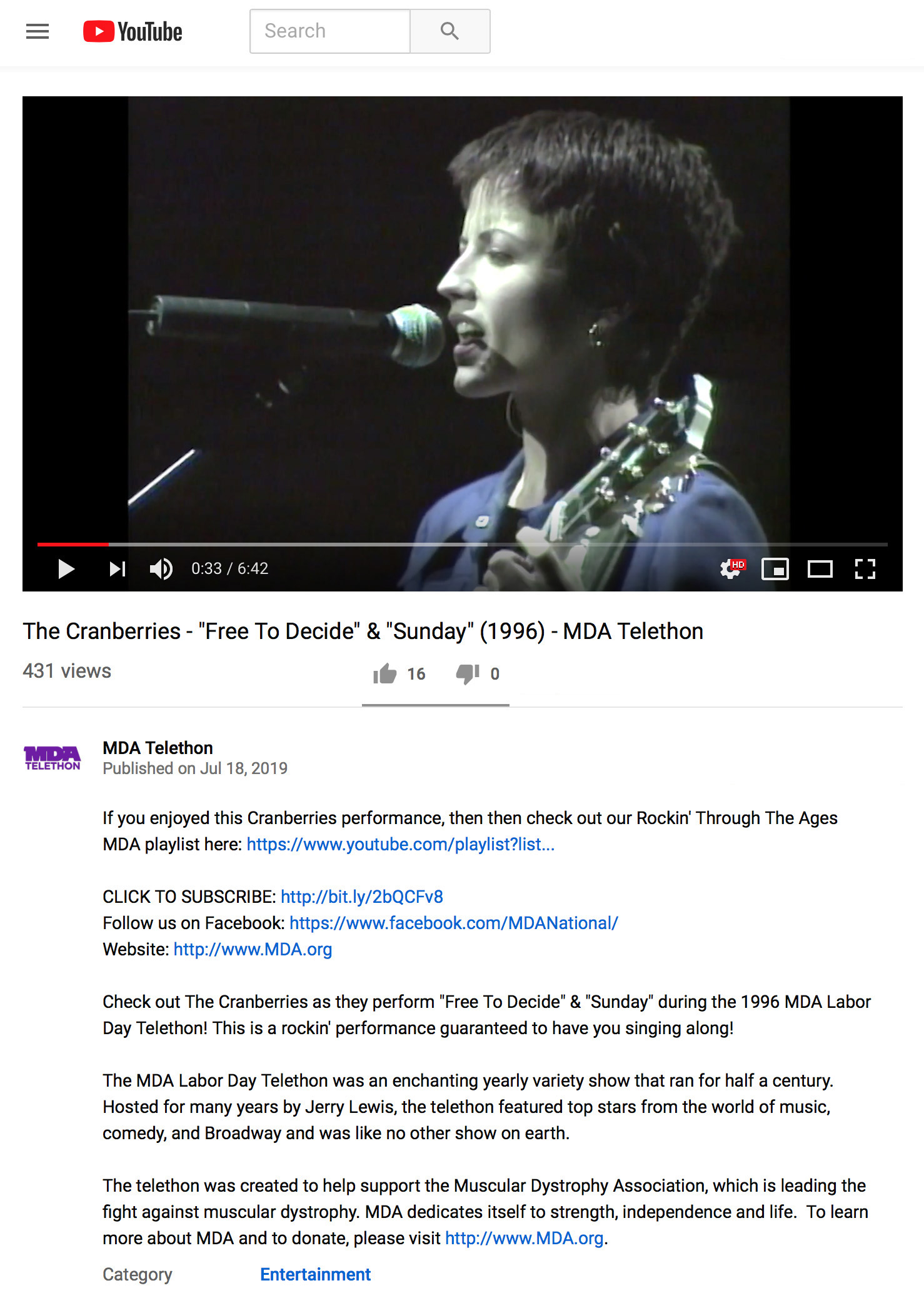 One Response to VIDEO: “Free To Decide” & “Sunday” live in Boston for Telethon