After a break of a couple of weeks, the artist Aches is back in Limerick! Two photos of the mural – more or less taken at the same moment – with two different angles were posted on socials this morning. The first one by Niamh Browne on Instagram: 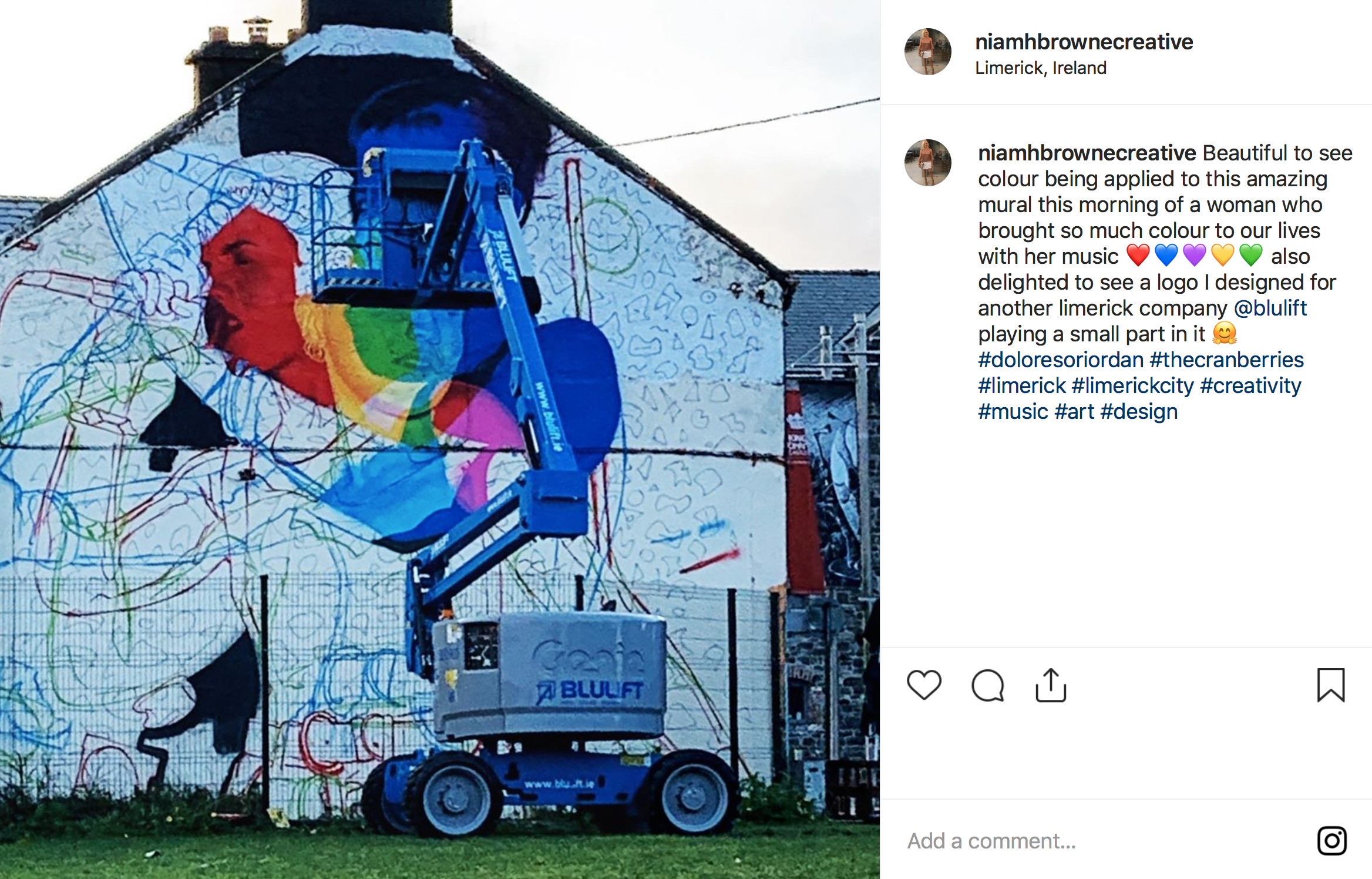 and the second one by Cllr Daniel Butler on Twitter: 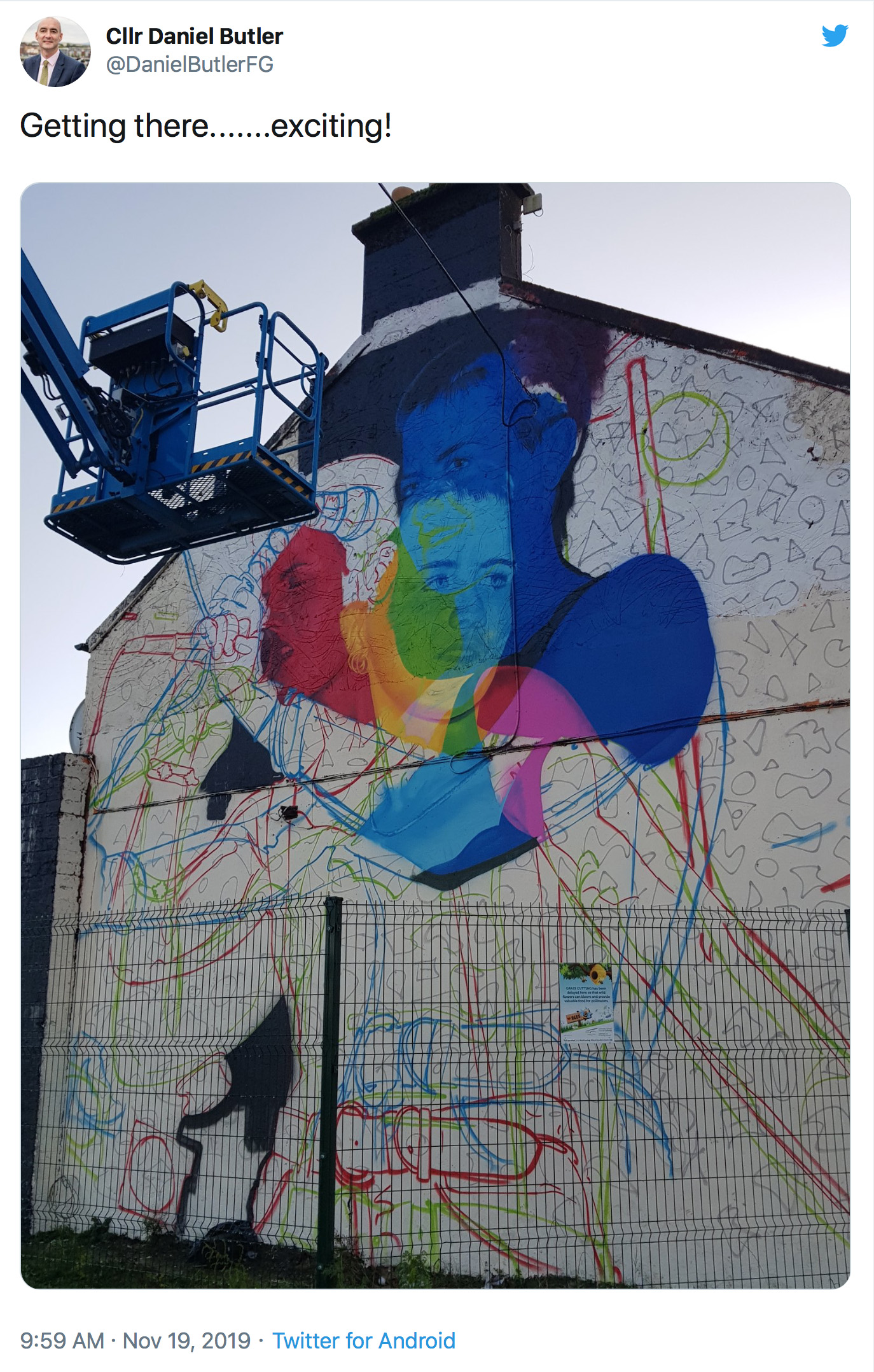 Here’s another photo taken a few hours later, shared by The Cranberries Newspaper on Facebook: 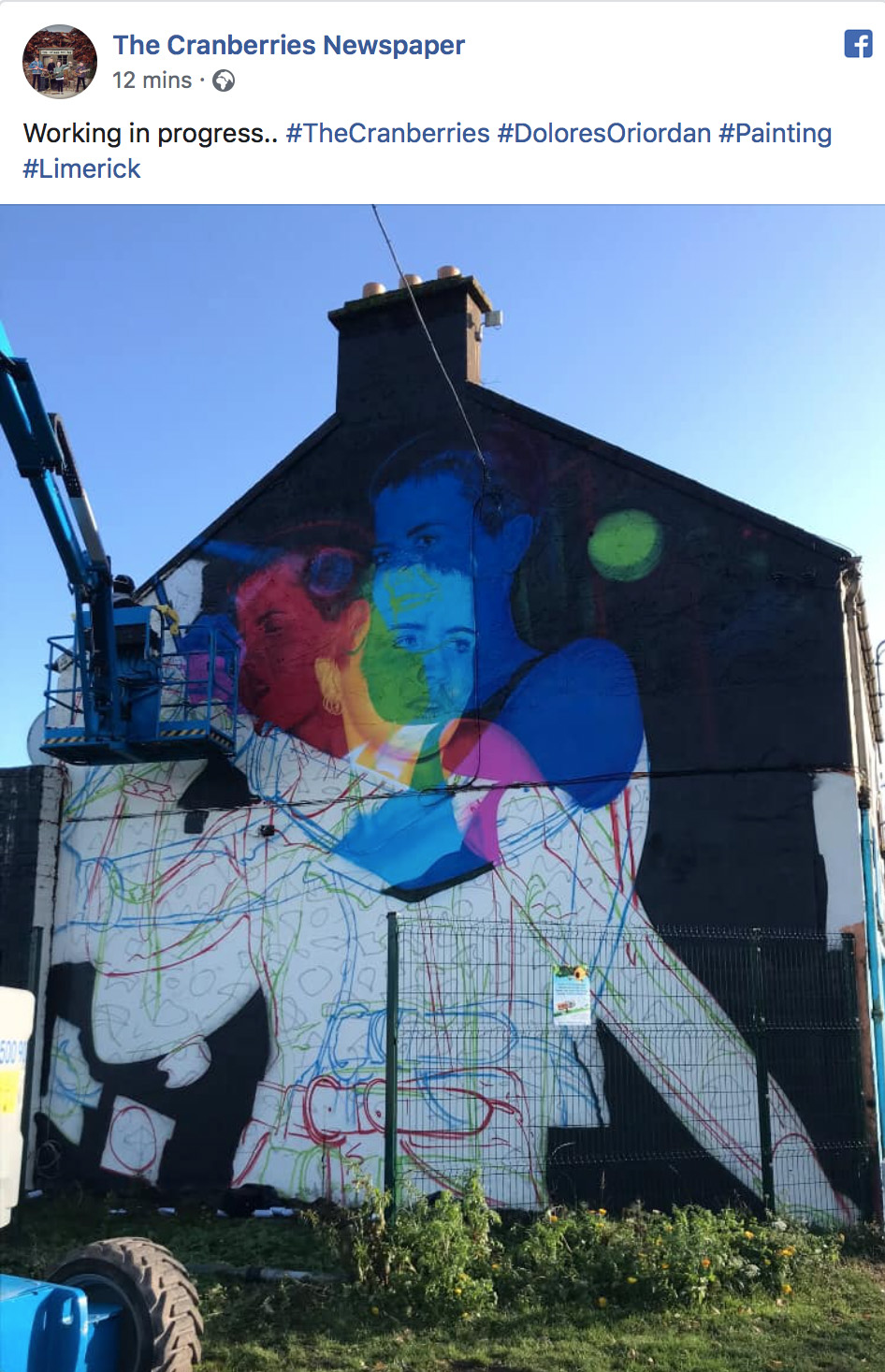 …as well as a video posted by Dreams Fest 19 on Facebook: 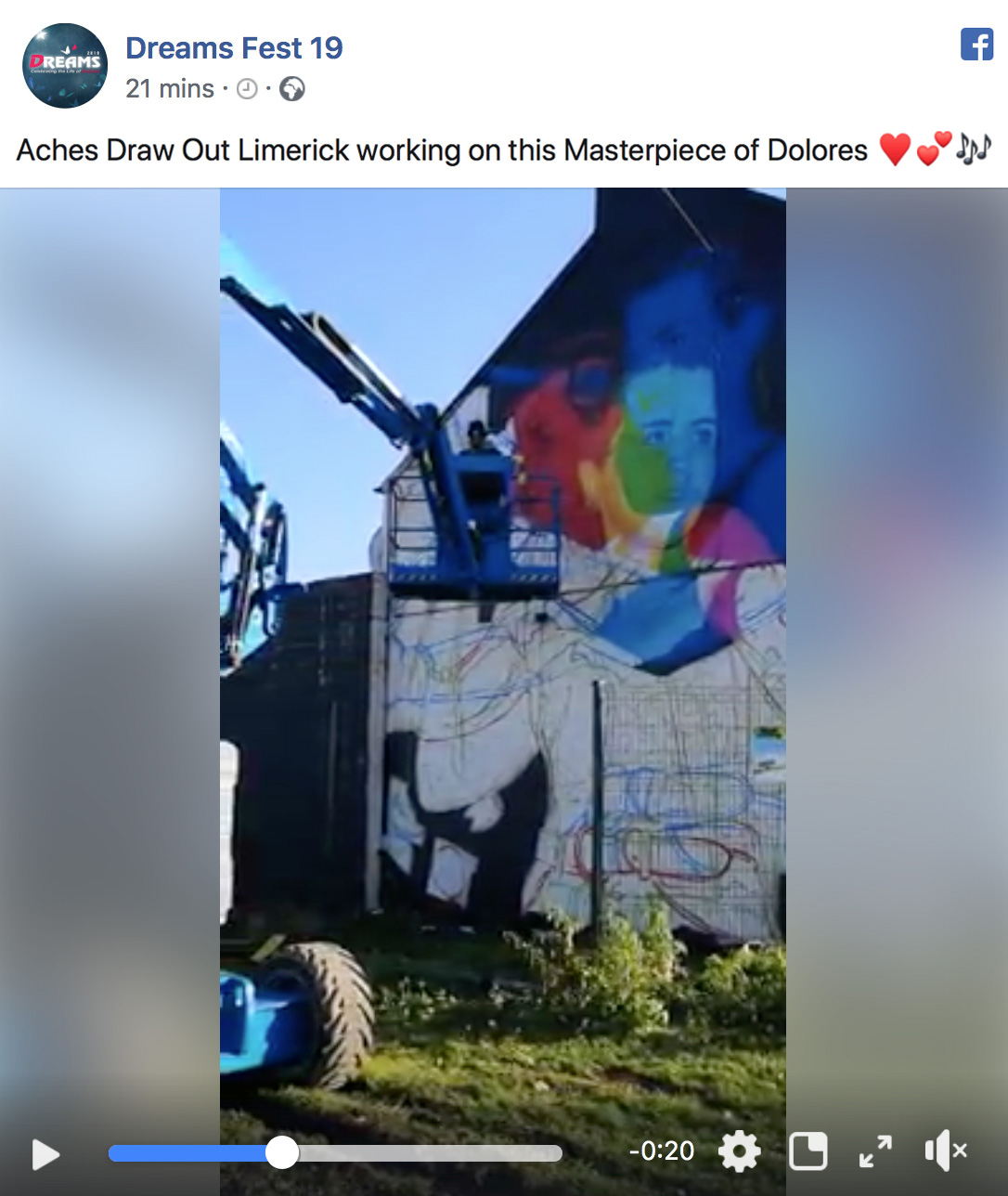 That’s it for today!
Thanks to Trevor our “special reporter in Limerick” for these two pics and video below: 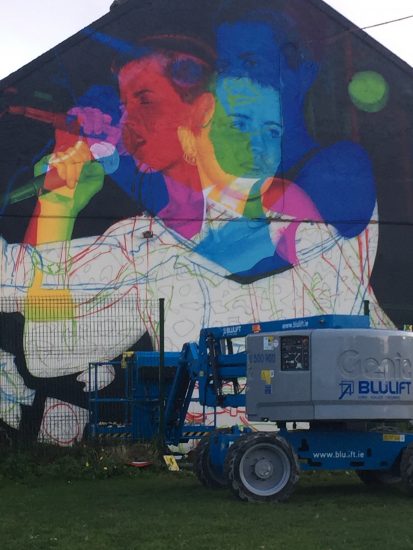 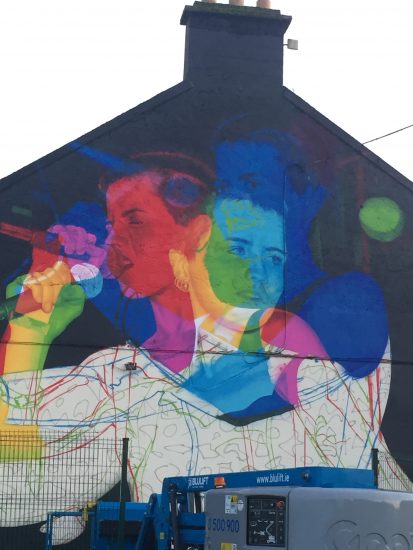 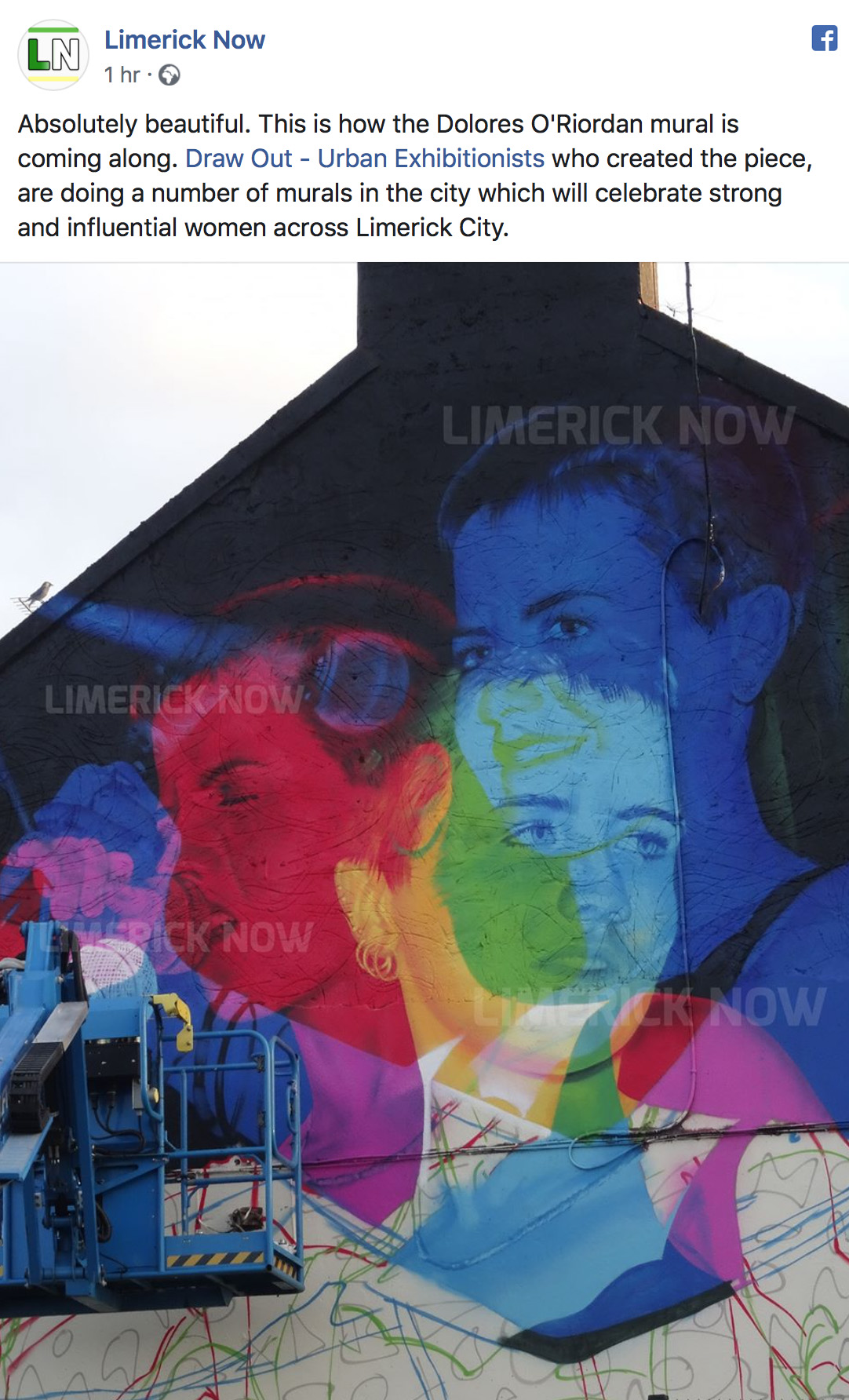