You are here: Cran World » The Cranberries » Last update regarding the VHS auction on eBay (UPDATES: 2)

Last update regarding the VHS auction on eBay (UPDATES: 2)

First, we would like to thank all of you who went out their way to share their thoughts with us by emails, PMs, on our socials or on our website, regarding the eBay listing, analyzing all possible details.

As the auction is to end tomorrow, here is our last recap on the Cranberries World’s plans and all the infos we gathered these last 8 days. 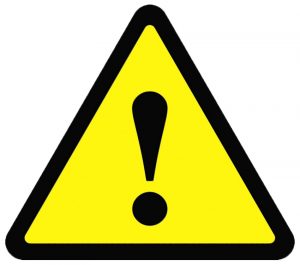 First thing you all need to know is that we contacted eBay so as to make sure we would be covered by their « buyer protection » if these tapes turned out not to be as claimed.
They answered that bootleg concerts are not allowed to be sold on their platform.
A quick look at eBay’s policies and you’ll see that « Counterfeit copies are illegal and not allowed on ebay, examples include Bootleg recordings from concerts. These items may infringe on someone’s copyright ».
Digging deeper, we found out that Paypal lists « items that infringe or violate any copyright » under the « things that are not covered under the buyer protection ».
It is also specified that counterfeit and illegal items are to be « confiscated » and not returned to the seller in case buyer were to ask for a refund, meaning those tapes would be lost forever.
As a consequence everyone has to be aware that buyer is very likely not to get any refund if these tapes do not feature the content that is listed!!!
The financial risk is thus huge, as it now means losing several thousands of dollars.

Nonetheless, The Cranberries World team, with the help of other fansites and fans, has decided to keep going with the initial plan providing that we receive the samples seller stated we will all obtain, as these are more than ever essential to prove what’s on these tapes.
Therefore, we do ask that fans refrain from bidding so that the final price won’t be ridiculously high, especially since we believe that there’s only about a 1% chance that these items are legitimate.
As we now know, seller should be able to send those samples shortly before – or AFTER – the end of the auction, which means we might only be able to make our mind on whether or not these recordings are genuine in the hours following the auction!
If the samples are not received before it ends, our plans are to try to win these tapes whatever happens, and insist on receiving the samples before we send any money to the seller. If he still can’t provide those samples – which we have been asking for since June 5th – 48 hours after the auction ended, we will most likely withdraw, as we believe 12 days are far enough to find a way to send some samples!

Below are the pros & cons that shed light on why the Cranberries World team wants to remain super cautious and won’t be sending any money if samples are not received:

It’s been some intense 10 days for our team, working extended hours to try and find out what was the best way to verify the content of the tapes and make sure these videos would go to the fan community.

As you know, the seller decided to end the auction early, resulting in these tapes slipping through our fingers.
We understand this might be a regret for many of you reading this, however we don’t feel this way as we did consider every single possibility to get our hands on these tapes, including making private offers to the seller; but the financial risk, knowing that eBay hinted that we wouldn’t get any refund through their buyers protection if the content turned out not to be as claimed, was much too important for us considering we were perfectly aware that this would be a matter of several thousands dollars. We were therefore left with no other choice than awaiting convincing proof(s) before engaging financially in this.
It goes without saying that we did also contemplate travelling to Boston to check 10 of those tapes by ourselves or asking friends to do so, but the worldwide Covid-19 situation made it impossible to work out.
If there’s no regret, there are some elements of frustration though, as this means none of us might ever know if these videos were genuine.
The mystery remains unsolved!

Once again, we’d like to thank every single one of you who went out of their way to help us.
Special thanks from our webmaster to: the Dolores O’Riordan Spain team who has been by our side since the earlier stages of the auction, Justin at Cranberries Library, Luis, Jay, Alex, Alan, Andrea, Danny, Claire, Tex, Maurizio, Sören, Paul and Patrick.

Last, we have to say that if we were to go back in time, we wouldn’t have done things any differently, as we truly believe that the most intelligent strategy to obtain these (possible) treasures was to go public and offer the biggest collectors to work hand in hand with us on this.
We’re quite happy of the response of The Cranberries community on the matter, which encourages us to pursue our work at Cranberries World in an effort to build the most exhaustive database about the Cranberries and, of course, keep Dolores O’Riordan’s memory alive.

36 Responses to Last update regarding the VHS auction on eBay (UPDATES: 2)