You are here: Cran World » Other News » Koretsky’s new EP “MMXX” out today 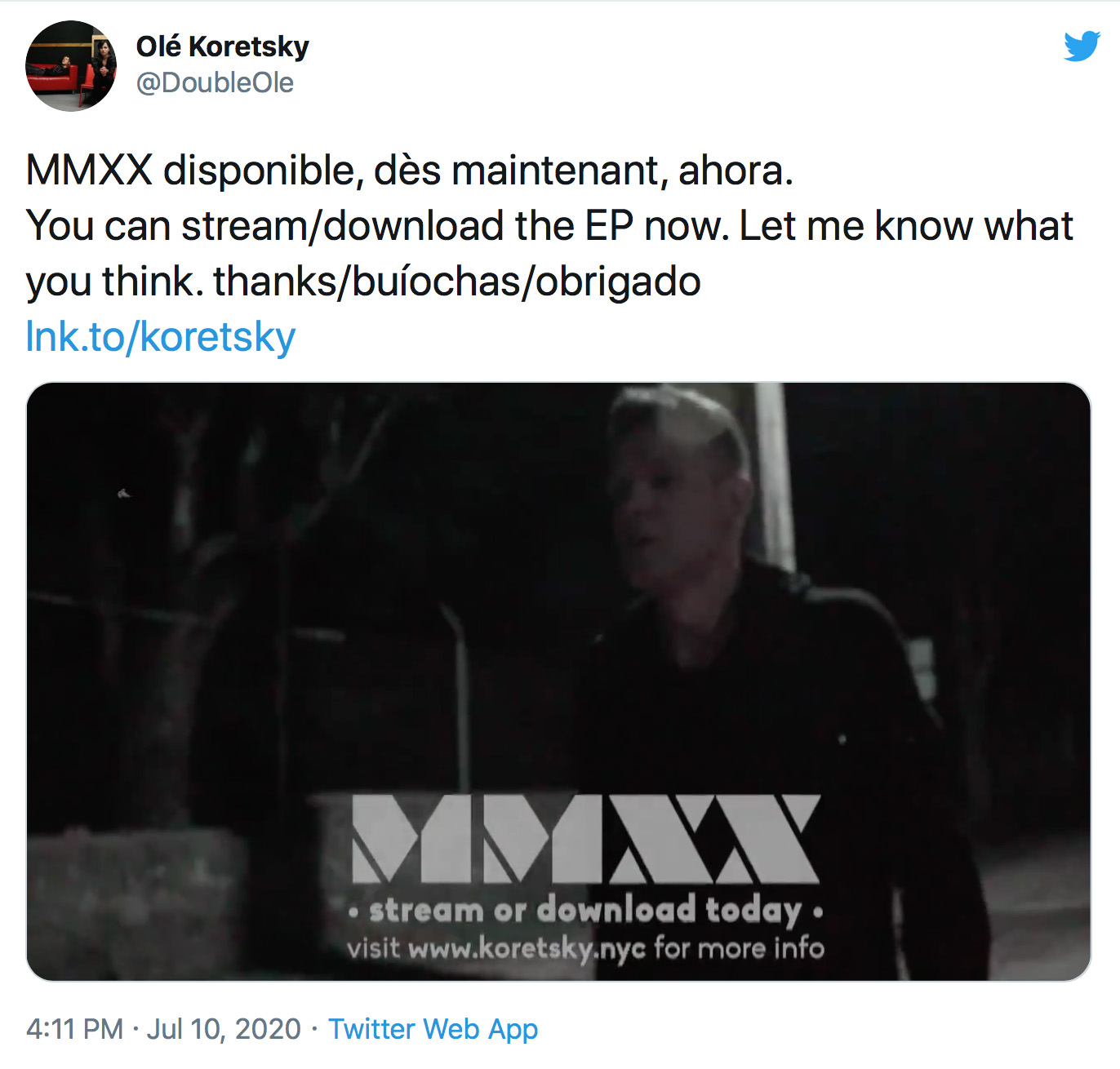 The EP features the track “Heartbreaker” which Cranberries fans are familiar with as Olé used to play it when presenting D.A.R.K. tracks Live PA as opener of The Cranberries on their 2017 tour.

One may thus wonder if the other unreleased tracks Olé played live on this tour will ever be released – and as solo material or D.A.R.K.? Let’s note that some of them featured Dolores’ voice so we could expect them to make it on the second album of D.A.R.K. that was already recorded when Dolores passed away and will hopefully see the light one day.

“MMXX” also includes an interesting cover of “Nothing Compares 2 U”.
Let Olé know what you think of his work!